SNK has licensed the Metal Slug brand to a mobile development company known as ekkorr, and ekkorr has found some success on the Play Store with its idle RPG Endless Frontier Saga 2. So it's not surprising to see that the upcoming release of Metal Slug Infinity isn't a continuation of the classic run and gun series, but instead is an idle game taking advantage of nostalgia-inspiring Metal Slug assets, and it's available on the Play Store for pre-registration.

The above trailer surely looks the part of a Metal Slug game, though it's clear that its gameplay will revolve around simple tap controls, collectible heroes, and some sort of ally battle system. If you've played an idle RPG before, then you should know exactly what to expect. Generally, it's a very casual genre where you spend the majority of your time micromanaging your troops and equipment, and I haven't yet seen anything about this release that says it will behave any differently.

In all likelihood Metal Slug Infinity will launch on the Play Store as a free-to-play release. All the signs are there, including a blurb at the bottom of the Play Store listing that mentions in-app purchases will be included. It's also clear that advertisements will make an appearance in some form. Sadly the prices for the IAPs haven't been announced, so there could be some hope that the monetization won't be too egregious, but honestly, I doubt it.

It strikes me as odd that a nostalgic property like Metal Slug would be licensed out to a developer looking to create an idle RPG. I have trouble believing that there is a large crossover of hardcore side-scrolling shooter fans and those that enjoy casual idle tappers. Sure, name recognition is probably the most significant factor for such a decision, but it's not like the fans of the core series are going to be happy with this release. So then I have to ask, who exactly is a game like this for? Sadly I don't have an answer for that. 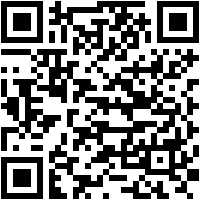 After a slight delay, Metal Slug Infinity is officially available on the Play Store. In March we learned the idle tapper would be coming to Android thanks to a pre-registration listing, and as of today, the developer ekkorr has released the title to the masses. Unlike a traditional run and gun Metal Slug game, this release isn't really a shooter since you don't actually have direct control of your troops. Instead, you'll tap on buttons to upgrade your forces as they automatically go about their killing ways.

It's also clear that this is a free-to-play release, as predicted. It contains in-app purchases that range up to $104.99 per item, and so far its Play Store reviews haven't been all that kind. The game is currently sitting at a 3-star rating, and it's almost as if fans of the series aren't too hot on the lack of substance inherent to an idle game.