Most of us have seen the ridiculous, pseudoscientific paranoia being spread about 5G, with charlatans alternately claiming it will cook you from the inside out, that it kills birds, that it's all means to control the weather, or that it's all a part of an elaborate, "deep state" conspiracy for... faster data? Well, it turns out, there may be at least one unanticipated, unintuitive side effect that mmWave 5G can have: it could mess up the accuracy of weather forecasts.

According to an utterly fascinating presentation at a recent American Meteorological Society meeting, spotted by Hackaday, some of the ~24GHz frequencies planned to be used for mmWave 5G operations abut the 23.8GHz frequency used by meteorological satellites for detecting the presence of water vapor, which itself has an impact on weather models. Interference on nearby bands bleeding over into the precise frequencies used by the weather-monitoring satellites could throw off that data, decreasing the accuracy of weather models and their subsequent ability to provide an accurate forecast. 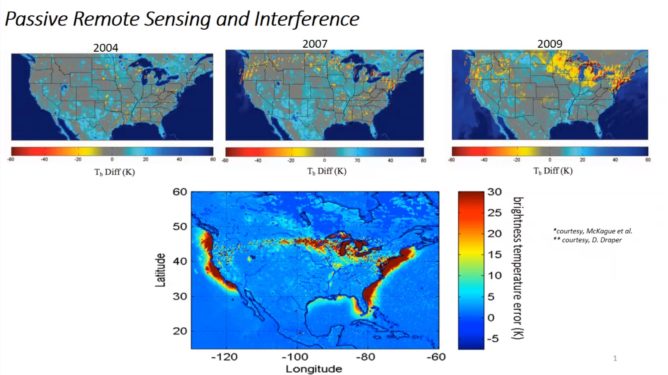 A slide from a presentation surrounding interference generated at 18-22GHz by commercial sources at this year's American Meteorological Society.

This might seem paranoid, but something similar has actually happened once before. From 2004 to 2007, scientists measured a "very very large" increase in noise picked up by water vapor-measuring satellites across the northern US. It turns out that was caused by a reflection of satellite TV signals bouncing off of large bodies of water, like the great lakes and coasts. So, we know that the data can be interfered with by commercial use of nearby frequencies, even when it ostensibly shouldn't. 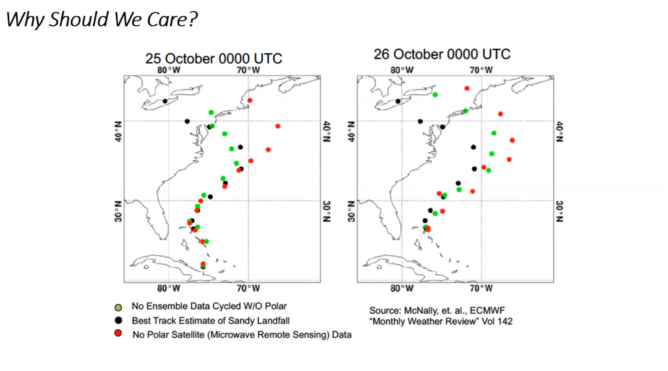 Models that did not use the microwave data predicted Hurricane Sandy would moving further north than it did. Image from the same AMS presentation.

The presence of water vapor in a weather model might not sound like the most important detail when it comes to forecasts, but estimates provided in the same presentation claim it is the single greatest factor in error reduction, responsible for a 17% contribution in forecast accuracy. For example, that data made a substantial dent in predicting when and where Hurricane Sandy would make landfall, pictured above. 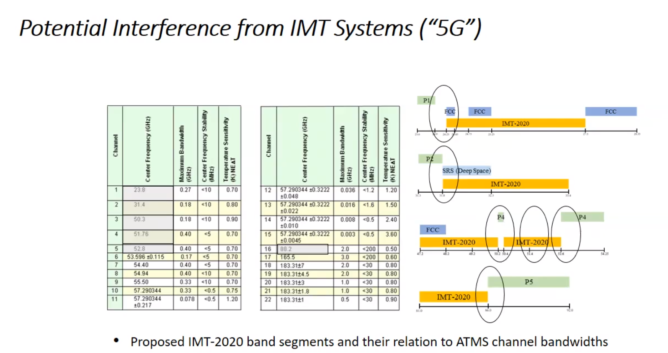 The frequencies neighboring those used by weather monitoring satellites are already up for sale, though, and FCC chairman Ajit Pai has rejected NASA's request for a delay, claiming there is an "absence of any technical basis for the objection." Hopefully, fears of interference will prove to be unfounded, because otherwise, we're looking at a potential loss in predictive weather accuracy, which could have a substantial effect on the impact of weather-related catastrophes.