Only two months have passed since we reviewed the Soundcore Liberty Air true wireless earbuds and now we’re taking a look at — or listen to — the Liberty Neo. Neither set is to be confused with the Liberty earbud range from another Anker sub-brand called Zolo. Why Soundcore needs two distinct but similarly priced models is the first question I pondered. The Liberty Neo (MSRP $60/£58) and Liberty Air (MSRP $80/£80) both feature graphene-coated drivers, Bluetooth 5, and IPX5 sweat resistance, but there are also a few key differences to justify the separate SKUs and price variance.

The cheaper Liberty Neo seem to be aimed at a more active crowd, evidenced by the more robust build quality and various wings/tips included to provide a more secure fit. To get the price down to sixty dollars, a number of other bells and whistles are missing, yet the audio quality is surprisingly decent. They won’t compete with models in a higher price bracket, but if you’re in the market for a super cheap set of true wireless earbuds to go running with or take to the gym, these represent a safe bet. 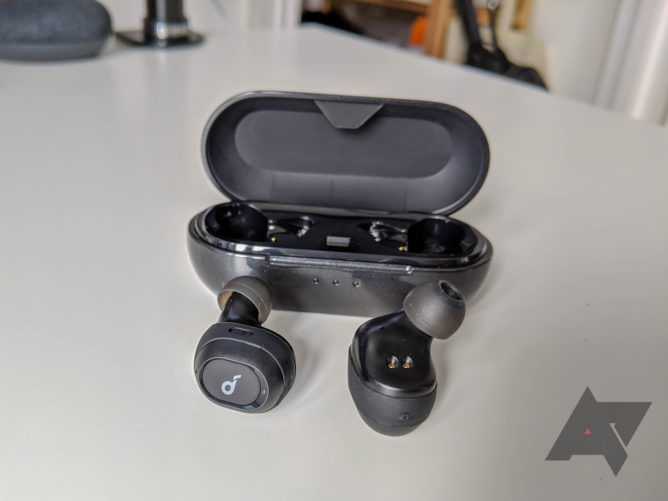 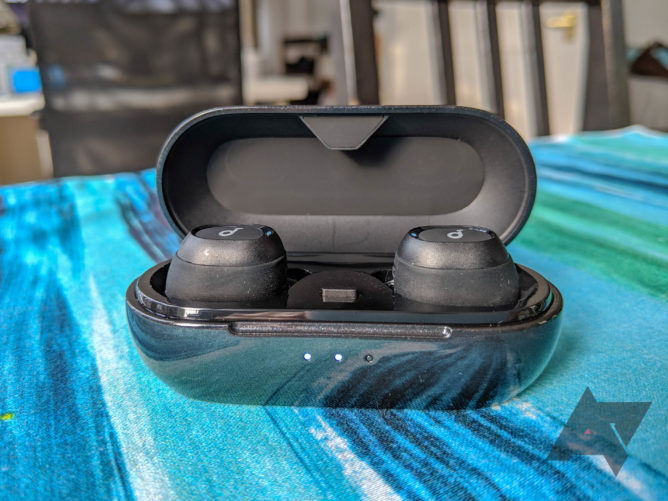 The look of the Liberty Neo could readily be described as functional. I don’t think they’re ugly, as earbuds go, but I also don’t think they’re especially attractive, and the conspicuous white logo on each one could put some people off. That said, at least they don’t ape the style of Apple’s AirPods, even if that does mean they stick out of your ears a bit more than some others.

If there’s one major hardware flaw, it would have to be the buttons. More expensive sets tend to come with touch controls — the Master & Dynamic MW07 aside — but I still think that solution can be inconsistent and hard to get to grips with. Buttons can be better since they’re more tactile, but only if they’re placed in such a position that you can squeeze the buds rather than push them into your ear. The buttons on the Liberty Neo fall into that second category, and it just doesn’t feel nice to press them. A single press on either earbud will pause/play or answer a call, with a 1-second press required to skip forward (R) or back (L), and a double-tap to call upon the Google Assistant. Unfortunately, you have to use your phone if you want to change the volume — that’s a bit of a pain. 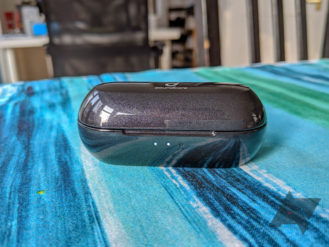 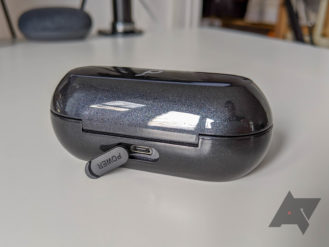 When you’re not pushing them into your ears due to the controls, these earbuds are actually pretty comfortable. They’re not especially small but at least they’re light. The fit is also snug enough to stay in your ears when running or at the gym, unless you’re way too vigorous, and the IPX5 rating means they’re sweatproof. I got a surprisingly good seal, even with the out-of-the-box ear tips and wings, and that really helped with the overall sound quality.

The case is unremarkable but solid. It should be small enough to fit into most pockets and it has a rubber base section to stop it sliding off tables. Three LED lights indicate battery life when you open the case up (with individual lights on each earbud too), and the hinge has a satisfying click to it. Unlike many true wireless earbud cases, there’s a rubber stopper to protect the Micro-USB port from dust and debris. Inside the retail box, there’s a good selection of other tips and wings so you can customize the fit to suit your needs. There’s also a short Micro-USB cable for charging — these aren’t for you if you’re yearning for a USB-C-only life. 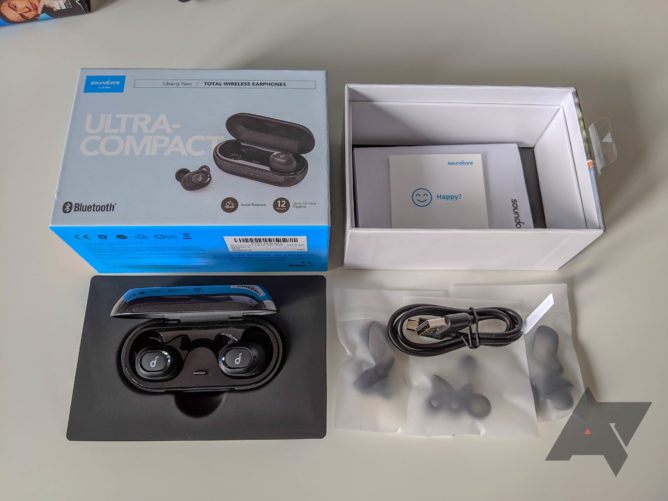 Although there’s no fancy fast pairing, the Liberty Neo were easy to set up. I wasn’t expecting to be blown away by the audio quality, and I wasn’t, but that’s not to say that these earbuds don’t sound just fine. There’s warmth and good balance, although the bass can be lacking and rather muffled depending on what you’re listening to and there's nowhere near as much detail as you'll get with a more expensive pair of earbuds. They don’t get that loud either — a universal complaint with cheaper earbuds — but your ears will probably be thankful in years to come. Even so, the sound these things produce is certainly better than I was expecting, and I doubt you'll find better for the same money. 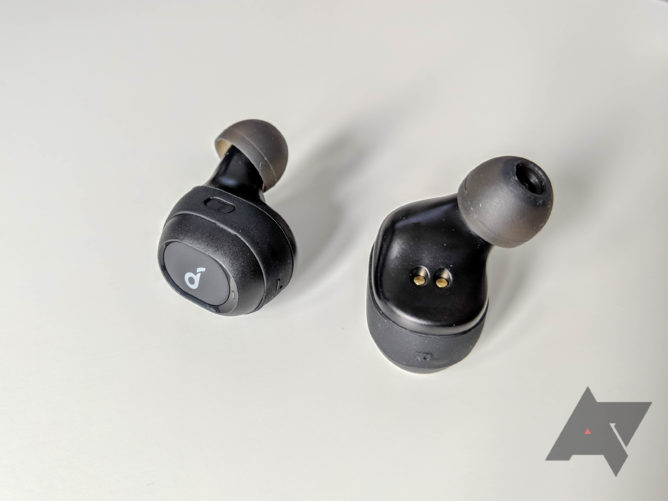 There was very little discernable audio/video latency, which makes them fine for watching videos on the go. With Bluetooth 5 on board, there were only very occasional connection issues, and they came only in built-up urban environments with lots of interference. The range of the connection was also as good as any other pair I’ve tested, stretching all the way across my apartment without issue. 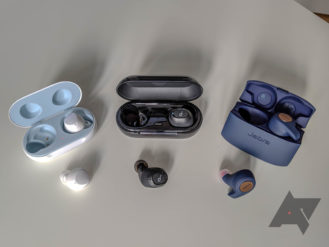 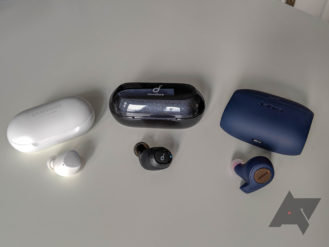 Since there’s no corresponding Soundcore app, you can’t adjust the sound profile in any way and you won’t get any firmware updates — no huge surprise at this price. Other luxuries such as wear detection are also missing, so you have to remember to pause them manually as you take them out of your ear to talk to someone. Although they boast noise-canceling microphones, I did not find the call quality to be any different to most other products of this kind — that’s to say, it kinda sucked. Whoever was on the other end simply couldn’t hear me very well, especially when I was outside. This is a limitation of all true wireless earbuds, however, in my experience. 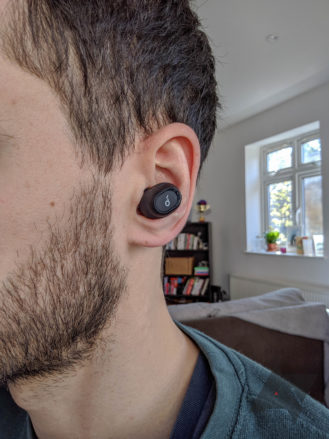 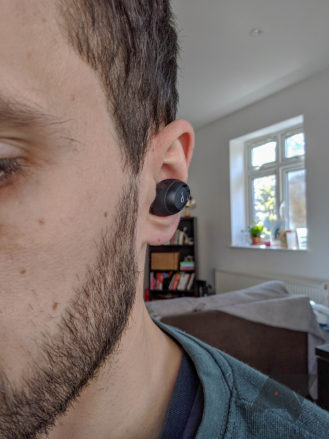 I consistently managed around 3 hours of battery life when using the Liberty Neo to listen to a variety of music and podcasts. That’s not too bad, even if it is half an hour less than the advertised 3.5 hours. It doesn’t match up to the 5 hours you get from the Liberty Air and Jabra Elite 65t or the 6 hours the Samsung Galaxy Buds can boast, but it’s on a par with most other cheaper models. The case is good for roughly three more full charges.

Sure. If you’re looking for an affordable and functional pair of true wireless earbuds that don’t sound terrible, these should fit the bill. They are comfortable to wear and will likely stay in fine during exercise — they’re also sweatproof. A bit more money gets you better audio quality and more advanced features such as touch control and wear-detection, but they’re nice-to-haves rather than necessities. The Soundcore Liberty Neo do a good job of balancing basic features with a low price point and are therefore pretty easy to recommend. 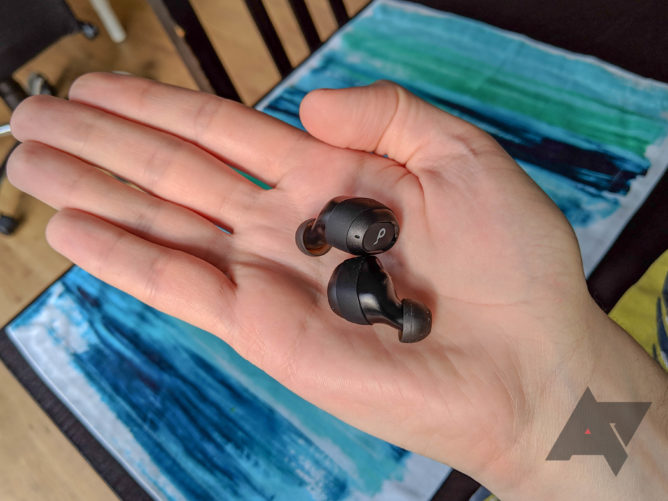 [Update: S10 updated, still no fix] Sprint Galaxy S10 reception issues may have a fix while ...