The Galaxy S10 is an excellent phone, but it's not without its faults. In fact, one of the headlining features isn't so good. Samsung's ultrasonic in-display sensor is often slow and inaccurate, and it's attempting to address that with a new firmware patch rolling out to devices. It's unclear if the sensor is actually any better, but at least Samsung is trying.

The fingerprint sensor firmware update was spotted as an update to Samsung's biometrics module in the Galaxy Store. There's no way to trigger that update manually, so it's a waiting game. Users who have gotten the update claim their sensors are noticeably faster. The placebo effect is a real concern with these reports, though. 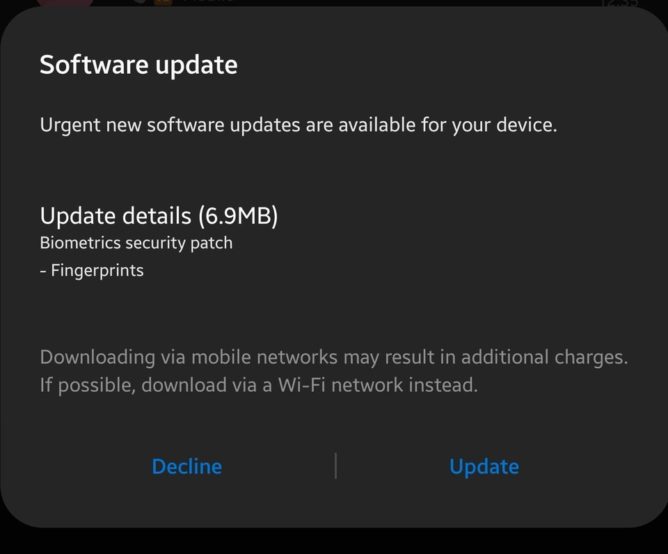 Separately, there's also a new system update rolling out to devices. It clocks in north of 500MB and includes March security patches. We cannot rule out that Samsung bundled the fingerprint sensor improvements into this OTA. Having installed the update on a Galaxy S10+, I can't say that I've noticed any substantial improvements. Your mileage may vary, but don't get your hopes up.

You bought a Galaxy S10: Here's how to make its software even better