Verizon flipped the switch on its 5G network last week, a few days earlier than it previously promised. This is the first commercial 5G network in the US that you can actually use (AT&T doesn't count), although you'll need the Moto Z3 and the pricey 5G Moto Mod. Carriers will spend the next several months hitting you over the head with 5G marketing, but is it all hype? I had a chance to take Verizon's millimeter wave 5G network for a spin, and it did work better than I expected in some ways. However, it's a long, long way from being a good experience.

Verizon has fired up 5G in two markets: Minneapolis and Chicago. The carrier tells me that it started in these cities because the local governments have streamlined the process for putting up small cell radio nodes—those are the wireless antennas you see at the top of light poles and other street-level objects. That's going to be essential for 5G because the millimeter wave frequencies Verizon and other carriers will use don't travel very far. 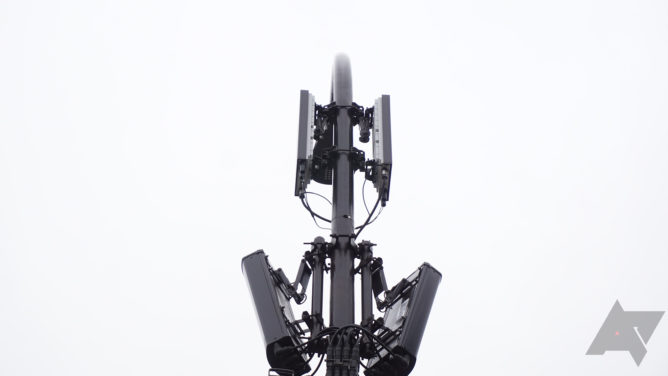 A Verizon 5G small cell antenna on top of a light pole.

Even in the two launch markets, 5G is far from widespread. In Chicago, customers will find 5G signals in locations like the West Loop, the South Loop, and around landmarks like Union Station. In Minneapolis, 5G is concentrated in the downtown area, as well as around the US Bank Stadium. The Stadium also has an indoor 5G network. To get 5G right now, you need the Moto Z3 and 5G Mod. Snap the Mod on the back, and the phone will connect to 5G if available. It indicates 5G with a huge "5G UWB" icon in the status bar.

Verizon plans to launch 5G in 30 markets this year, but it sounds like that will be all millimeter wave. When asked, Verizon has nothing to say about lower frequency 5G (often called sub-6) at this time. That means connectivity is going to be spotty at best, as I learned when testing out the service.

I tested Verizon's 5G service in Minneapolis near the US Bank Stadium with a Moto Z3 and 5G Mod. A Verizon rep noted that the Minneapolis network is more robust than the Chicago network at launch but didn't provide any specifics. 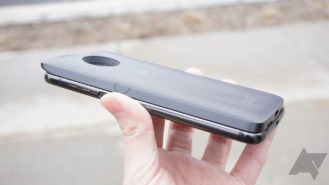 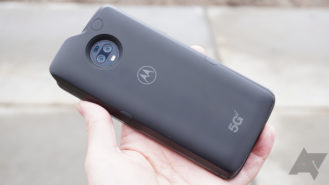 Verizon sent me GPS coordinates to meet up for the 5G demo, which I thought was a bit odd. It turns out, those coordinates were the exact location of a 5G small cell radio (see above). As a result, the first few minutes on 5G were impressive. The Speedtest.net app reported download speeds in the high 600 Mbps to low 700 Mbps range. Verizon claims its 5G network can hit speeds as high as 1 Gbps, but I didn't see anything like that. And... I suspect there were only one or two phones connected to that network node. Uploads are similar to what you'd get on LTE because they are LTE right now. Verizon hasn't rolled out 5G uploads yet because of some regulatory issues, but it hopes to turn it on soon. Verizon's current LTE network is nothing to sneeze at, either. With another phone, I was able to pull almost 200 Mbps down.

Millimeter wave frequencies are very easy to block, so the 5G Mod has four antennas to help avoid interference from your hand. I covered all four of them, and I didn't notice any loss of signal or slowdowns. So, that was impressive, but I was standing about 15 feet from the antenna. The signal proved less robust as I set off on foot. 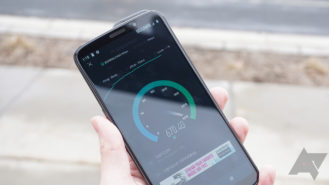 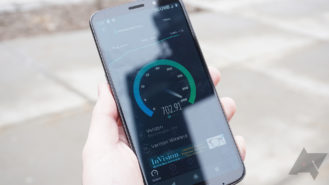 Verizon claims each small cell has about 1,500 feet of range. Interference from holding the phone becomes more apparent when you're about half that far away. You'll be on LTE more than 5G long before you hit 1,500 feet. I noticed that turning a corner more often than not broke my 5G connection because there wasn't another 5G site on the intersecting street—those signals won't pass through buildings at all. That said, the Moto Z3 was rather graceful in switching between 4G and 5G data.

Verizon will give you truly unlimited data on 5G if you pay the extra $10 per month for it. However, finding a 5G signal to make use of that unlimited data is going to be functionally impossible right now. You might hit a pocket of 5G every now and then, but you'll flip between LTE and 5G just walking down the street.

A long road ahead

My experience using millimeter wave 5G wasn't as bad as I'd feared, but the technology is still rough. Verizon's 5G antennas can project a signal down the street but only if there's nothing blocking the path to your phone. The good news is that beam steering seems to combat hand interference as long as you've got a good signal from the antenna. However, you probably won't have a good 5G signal for a long time. 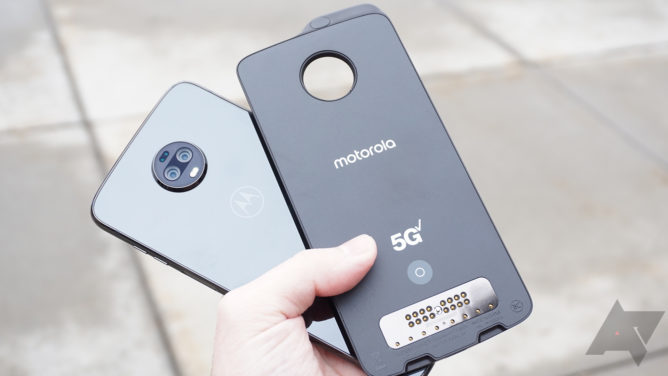 Perhaps 5G will be practical when there's a millimeter wave antenna on every street corner. I think the more likely scenario is that 5G will become useful when carriers get around to rolling out sub-6 frequencies as part of their 5G networks. Millimeter wave will always be there for high-bandwidth applications, but the lower frequencies will make a bigger impact on the way you use your phone because they'll work in more places.