We just covered a massive leak of the Oppo Reno yesterday, where all of its specs were spilled but there was no word on pricing. Today, the company has officially announced the device and said it's bringing two variants to the market: the 10x Zoom Edition and the Standard Edition.

There aren't too many differences between the two, but the zoom version is Oppo's high-end flagship this year. It features a 6.6-inch screen which – apart from a tiny chin – takes up almost the complete front of the phone without a notch or punch hole for the 16MP front camera. Instead, the lens is hidden through a crazy side-swing pop-up mechanism that opens a wedge on top of the phone, with the camera at its tallest end. This might be more durable than other manufacturers' pop-out constructions, but that remains to be seen in tests. 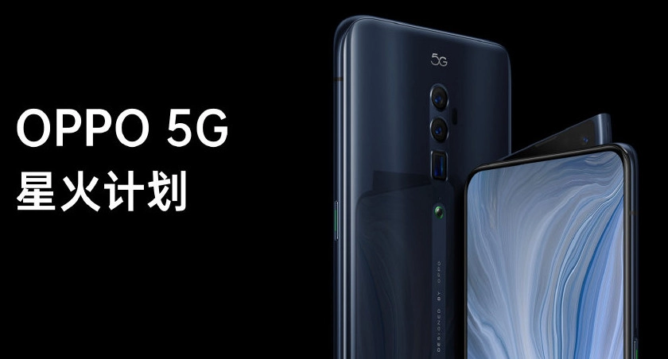 Speaking of cameras, the Zoom Edition has three on the back — the primary being a 48MP sensor, the secondary a 13MP periscope zoom lens, and the third an 8MP wide lens. It's unclear whether the periscope objective really optically zooms in 10-fold, or whether it uses some computational magic for the last 5x, as Oppo calls its technique "Hybrid Zoom." On the inside, the flagship is powered by a Snapdragon 855, coupled with 6 or 8GB of RAM and 128 or 256GB of storage. A 5G version is also in the works, and it's supposed to be announced next month.

Its smaller brother, the Standard Edition, uses a midrange Snapdragon 710 along with the same RAM and storage options. It has a slightly smaller 6.4-inch screen but uses the same front camera mechanism as the Zoom Edition. This phone doesn't have the periscope zoom lens, leaving it with only two cameras on the back (when did we start combining the words "only" and "two cameras" in one sentence?).

Both devices come with Android Pie (ColorOS 6), NFC, and Oppo's proprietary VOOC 3.0 fast charging. There are four colors to choose from: blue, black, pink, and purple. The Standard Edition in four flavors.

Prices for other markets should be announced at Oppo's global launch event in Zurich on April 24.