From what we're able to infer, Blass is suggesting that Verizon will make the Galaxy S10 5G available at some level on May 16 — we aren't firm on if that will be for sales or pre-orders, but don't doubt that this will be a major milestone for the device.

The S10 5G is the largest of the S10 series with a 6.7-inch display, a triple rear camera system with time-of-flight sensor, and a class-leading 4,500mAh battery — a massive arsenal when put up against Motorola's Moto Z3 and its accompanying 5G Moto Mod, also on Verizon.

That said, Motorola's hardware costs $480 right now, and while Samsung has yet to announce U.S. pricing for the Galaxy S10 5G, it's safe to presume that Samsung shoppers will be paying more than twice that.

A new report from Bloomberg reiterates that May 16 date, and attempts to pin it down as when the GS10 5G will ultimately arrive in carrier stores. It also adds that pre-orders are expected to open in just a couple weeks, on April 18. Final pricing is still unknown, but north of $1,000 sounds like a safe bet.

Android Headlines has published what it claims to be official renders of the Verizon-branded Galaxy S10 5G. Indeed, we see the 5G UWB (Ultra Wide Band) branding in the status bar, though there seems to be no Verizon logo on the hardware itself.

Of course, the blaring detail in this picture is the date printed on the lock screen: May 16. It's just another piece of evidence to support U.S. carrier sales going live on that day. 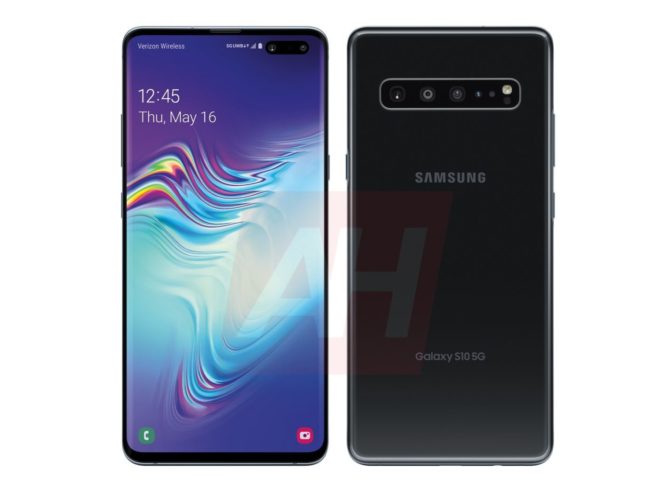 Stringify's automation service is shutting down

IKEA and Sonos introduce pair of SYMFONISK Wi-Fi speakers, including one that's a lamp