For years, Google Maps users begged the navigation service to borrow the incident reporting feature from its peer down the virtual hallway, Waze. But it wasn't until last November that we got a sneak peek at the new option, then a month later, it popped up for many more users. It didn't work at first, was briefly removed, then returned in a functional state. The Maps team isn't content with just crash and speed trap reports, it has recently added a new type of incidents: slowdowns.

When something happens on the road that slows down cars, Maps needs to gather some data and takes a bit of time to change the traffic condition from green to orange, then red, and burgundy. In the meantime, if you're unsuspectingly driving in that direction, Maps wouldn't suggest a re-route because it doesn't yet know something wrong has happened. Reports would solve that issue. If enough users stuck in the traffic report that there's a congestion, you'll know what you're driving into and may be given the option to change your path. 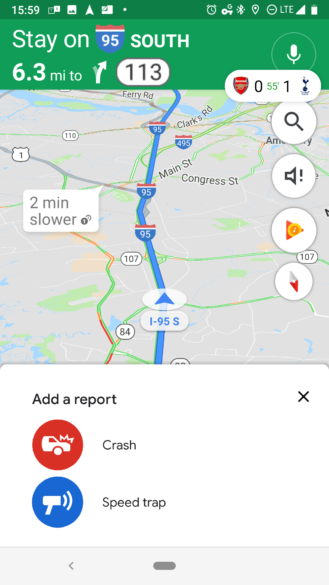 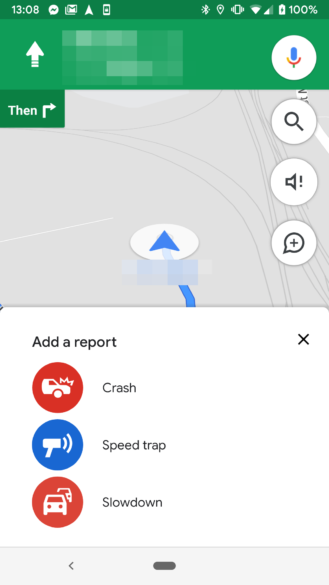 For users with their devices set to UK English, the Slowdown icon is called Congestion, while for users in India, the Speed Trap option isn't there so they only see two types of reports. And keep in mind that incident reporting hasn't rolled out to everyone yet or in all countries, so if you don't have it yet, those are the two reasons.