While doing some digging around in the latest beta, XDA Developers found an APK for an app called Pixel Themes that's not quite finished yet. Even so, it contained within it a few different interface variations and several wallpapers. It's not yet possible to launch the app, but there are some assets in there which you can see below. 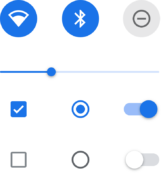 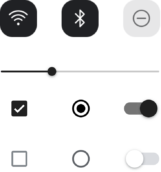 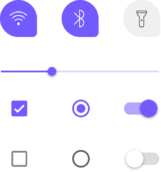 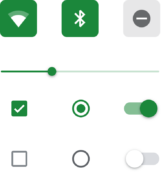 It's clear we'll be able to choose from different accent colors and icon shapes just as we can now, but it's also notable that there will be different icon packs to choose from. Three distinct icon styles can be seen above, including those from Pie (in green), from the Q betas (in blue) and two other slightly different sets.

As you can see above, the Pixel Themes APK also contained four new wallpapers consisting of three arty compositions and one satellite image. XDA has made the high-res versions available for download here. When the Pixel Themes app is ready for primetime it should show up on the Play Store at this address. We'll hopefully get some really interesting theming options to go along with the eagerly anticipated dark mode.