It has been less than a month since Google released the first Android Q beta, and it's already time for Beta 2. The new version is rolling out today to Pixel phones, and it brings some notable changes. Developers will be dealing with some privacy-focused permission changes, and everyone will be equal parts interested and perplexed by "Bubbles."

There are a few headlining features this time, including the aforementioned Bubbles. This looks like Google's take on chat heads but with the potential for more functionality. Bubbles will provide access to select app functionality in the form of floating icons. The examples in the blog post are all chat icons, but Google says developers could use Bubbles to make items like notes or translations more accessible. And then there's scoped storage, which gives apps unfettered access to storage within their own sandboxes. However, they'll need new permissions to access shared collections for photos, videos, and audio. 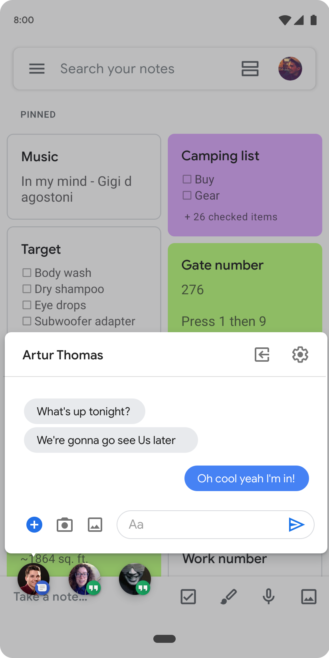 Anyone working on support for foldable devices will also be happy to learn the new beta launches alongside an emulator for foldables in Android Studio. The onResume and onPause features are fully implemented, and the resizeableActivity manifest is a bit different. The latest AVD supports 7.3-inch (4.6-inch folded) and 8-inch (6.6-inch folded) configurations.

We're not seeing the OTA appearing organically on beta devices yet, but you can head over to the Android dev site to grab the files for a manual flash.