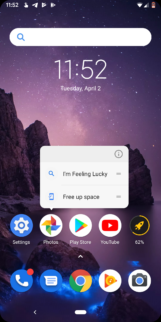 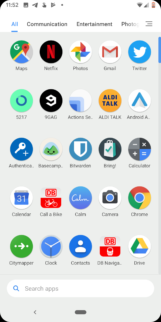 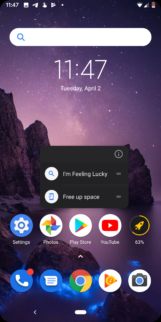 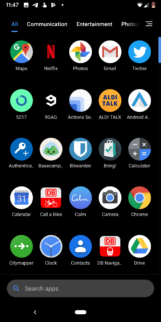 The new theme is buried inside the launcher's settings. You need to tap and hold an empty space on your homescreen, click the settings icon, then "More," and then you'll see an option called "Backgrounds." In there, you can choose the dark or light theme and set an app drawer background transparency. If you have no transparency set up, dark mode will turn all panes' backgrounds to pure black, saving you some snake oil amounts of extra battery life versus just a grey mode.

The option goes along with Xiaomi's MIUI-wide dark mode beta, which is not yet available for the Pocophone — but of course, the company is preparing all of its software for the stable rollout of this feature.

Other than bug fixes, among them some that speed up the UI, you can now add custom apps to App vault shortcuts and double tapping the screen to lock your device works on all compatible models now — including the Pixel 3 I tested the update on. Also, app icons are now displayed sharper, which is always nice.

WHAT'S NEW
1. Fix the bug of icon pack with white background.
2. Dark mode! Yay!
3. You can add custom apps to App vault shortcuts now.
4. Double tapping the screen to lock device works on all compatible models now.
5. Icons got crisper and prettier!
6. We fixed the bugs that slowed down the UI. Now it's more responsive.
7. We fixed multiple minor bugs as well.

You can grab the update right now at APK Mirror or the Play Store.