April Fools is an annual highlight at Google (right on par with Google I/O), with the company directing many resources to develop the most elaborate Easter eggs. Google Maps is almost certainly always a part of the yearly festivities: After 2015's resurrection of Pac Man and last year's Where's Waldo, this time around we're invited to play good old Snake on our favorite mapping service.

While gameplay hasn't changed (you swipe to the direction you want or use the arrow keys on your desktop), Google's visuals differ a bit from the original 1997 Nokia hit (who would've thought?!). Your snake is an 8-bit train that grows longer with each person you pick up from a city or the world, depending on which map you play on.

That's right, you can choose seven different 8-bit-ified places to play on — Cairo, São Paulo, London, Sydney, San Francisco, Tokyo, and World. Each map has different trains and landmarks you can pick up along people. For example, in London, you pass the London Eye, the Tower Bridge, and Big Ben, all while your "train" is actually a classic London red double-decker bus. You get one point per person you pick up, and bonus points for each sight you visit. A break for a black tea will be rewarded, too. 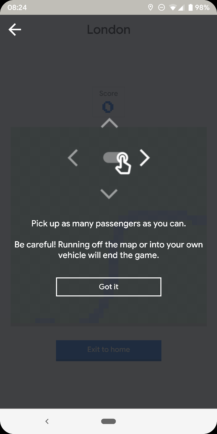 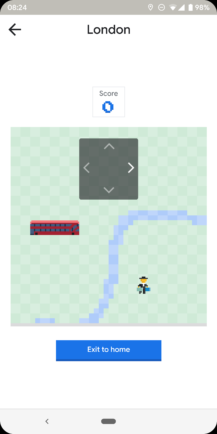 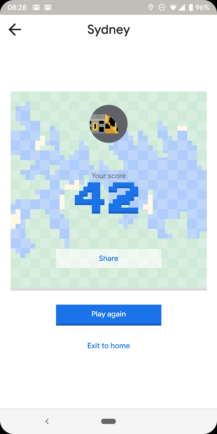 On the World map, you visit country-defining landmarks such as the Great Wall of China or the Christ the Redeemer statue in Rio de Janeiro — and interestingly, you travel by train, not by airplane. Maybe Google wants to nudge us towards more environmentally-friendly transport (but how are we going to cross oceans?), or a plane growing longer would've looked too ridiculous. I guess it's the latter.

To start the game in the Google Maps app, head to the hamburger menu and tap Play Snake. If that's too much of a hassle to you, we've got you covered: just visit snake.googlemaps.com on your mobile or desktop browser.

The Samsung Galaxy S10 5G goes on sale April 5 in Korea, comes to US in June