In an apparent act of tech altruism, Anker saw fit to upgrade its Zolo Liberty fully wireless earbuds with new batteries that greatly improve their playback time — the new buds can play music for up to eight hours between charges, and the case can supply juice for a hundred hours total before requiring a top-up. Normally $99, it's down to $69.99 on Amazon with a coupon code.

At $99, the upgraded Zolo Liberty are the same price as their predecessor. That seems fair, as the only changes are a bump to Bluetooth 5 and extended battery life. Other than that, they're the same as always, with IPX5 water resistance and (ugh) microUSB charging. The lack of USB-C is a lot easier to tolerate considering you'll probably only have to plug the things in once every few weeks, though. 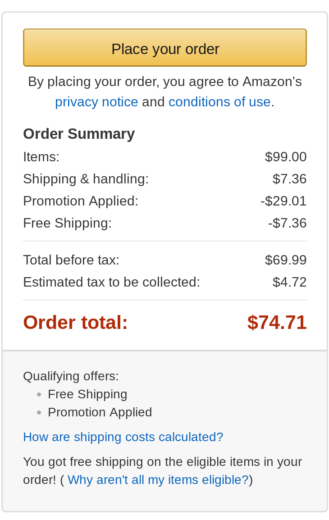 The older model has been a bit cheaper, but not by a whole lot, and their battery life wasn't nearly as robust. Head over to Amazon and enter coupon code SDCZOLO1 at checkout to save.