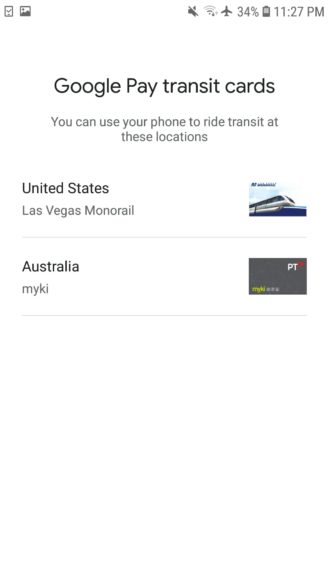 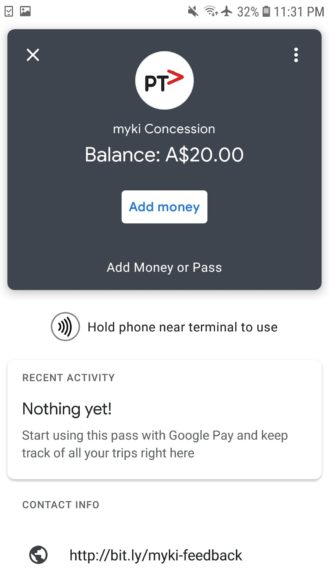 Commuters with an NFC-enabled Android device running version 5.0 or higher and a full-fare, child, senior, or general concession Myki card can sign up to the trial, which is currently open to 4,000 testers before it rolls out to a broader audience. Once accepted in the program, you'll be able to add a new Myki Money or Myki Pass card to your Google Pay account and top it up with any Visa or Mastercard card. Besides saving the card information and letting you hop on public transport, Google Pay also displays your trip history and remaining balance in the application, so you don't have to use other software to check them out.

As this is still a trial program, Google hasn't updated its official support page yet, but we hope Myki will appear on it very soon.

Public Transport Victoria has officially rolled out the program to the masses. All Full Fare, Senior, Child or General concession Myki users will be able to use Google Pay for their commutes, provided they have an NFC-capable Android phone with Lollipop or higher. PTV also mentioned a Visa or MasterCard card is required to use mobile Myki,

According to one of our tipsters, Google Maps now displays the remaining Myki balance directly within the app when viewing public transport directions. We're not sure if the feature was there from the start or if it's just been added, but either way, it's a neat addition that saves you the trouble of going through the gates with an empty balance. 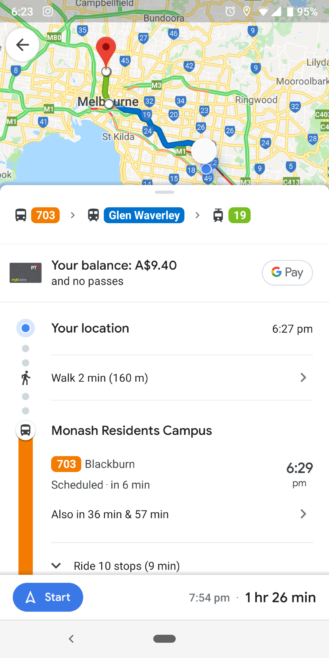 Disqus is rolling out collapsed replies, and we hate it as much as you do