Home security cameras are common these days, but they're often spendy. Wyze made waves a while back by offering a basic but effective security camera for just $20. The Wyze cam is now getting some company in the form of a home sensor system that also costs $20.

The Wyze Sense kit ships with a motion sensor and two contact sensors (for doors or windows). There's also a bridge hub that links the sensors to your Wyze cameras, which you probably already have if you buy the Wyze sensors. The sensors are tiny, as you can see in the above image compared to a Google Home Mini. That makes them much less obtrusive than most security systems.

These sensors aren't quite a full security system—there's no alarm or keypad. However, Wyze Sense is cheap as hell. You'll get notifications on your phone via the Wyze app when something triggers the sensors. The app is also how you pre-order Wyze Sense. You can pay your $20 now and the kit begins shipping on May 8th. 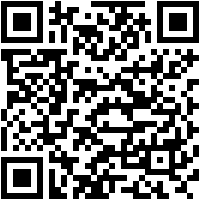 Samsung Galaxy Buds return to lowest-ever price of $97.49 at AT&T