11 bit studios released the side-scrolling survival strategy game This War of Mine on Android back in 2015. What people may not know is that the game had been available on PC since 2014. This PC version received new playable content in celebration of its third anniversary in 2017. Father's Promise is the first of three planned DLC stories for the PC release, and this expansion has finally made its way to the Google Play Store as a stand-alone release.

This War of Mine: Stories just landed on the Play Store a few moments ago, and it comes with an "unreleased" moniker that signals the title is still in testing. It's listed at $1.99, and there are no in-app purchases or advertisements to be found, and from what I have played so far, everything appears to be in working order.

It would appear that This War of Mine: Stories serves as a stand-alone release that comes with the Father's Promise DLC in tow. The Play Store description doesn't mention in-app purchases or the two other expansions planned for This War of Mine: Stories on PC, so your guess is as good as mine as to whether the next two DLCs will land in this Android release with in-app purchases attached, or will come to the Play Store as stand-alone titles.

This War of Mine: Stories offers an original tale set in a familiar war-stricken world. It explores a family’s struggle to preserve their humanity in a time that's filled with despair. In total it should take an average player about five hours to work their way through the main content. There are four new locations to explore, plus five remastered locations. Of course, you can also expect some brand new game mechanics as well as a bunch of new dialogs to read through.

For once it would appear the Android has received a release well before iOS. While This War of Mine: Stories is still clearly a title in testing, it's available for purchase on the Play Store for those that are eager to check it out before an official release. You can pick it up today for $1.99, which is a pretty good deal for five hours of new content. So if you'd to jump in early and see what the Father's Promise DLC is all about, make sure to click on the Play Store widget below. 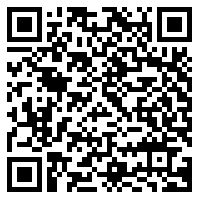 This War of Mine: Stories - Father's Promise is officially available on the Play Store

Well, it would appear that when I wrote about the release of This War of Mine: Stories - Father's Promise twenty days ago the listing was intended to serve as a beta that would only be available to those with a direct link to the game. With the way the Play Store handles betas, there was no way to list the game without a retail price, which is how people were able to acquire the game when the direct link to the listing was shared around the web, which was something of a mistake for the developers. Shortly after the beta arrived, it was removed from the Play Store and replaced with an alpha so that those who were added to the original alpha would retain access for testing purposes, much like how the accidental beta was intended to be used. Two weeks later the beta listing reappeared on the Play Store, which is the same listing that went live today as an official release.

Despite a rocky start, This War of Mine: Stories - Father's Promise is indeed officially available for $1.99 on the Google Play Store.

Acer Chromebook 514 review: It's perfectly fine, but doesn’t quite live up to its predecessor

KaiOS may succeed where Android Go Edition has failed