Google has been pitching YouTube Music as an eventual replacement for Google Play Music since the company refocused what it was for last year, but it's still missing plenty of features. You still can't access your Google Play Music uploads from YouTube Music, and there's no easy way to import playlists or libraries between the two services. However, YouTube Music has just picked up the ability to play locally stored audio files — though, sadly, only via external means like file managers. In-app local media playback is still absent. 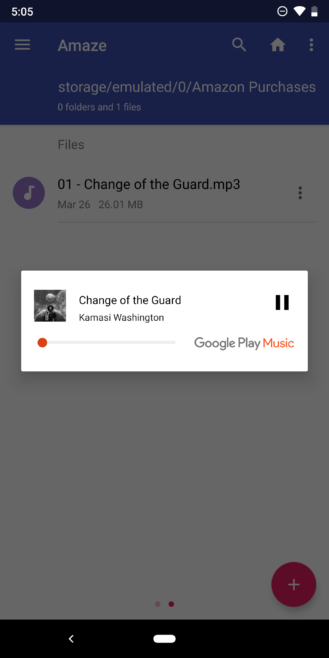 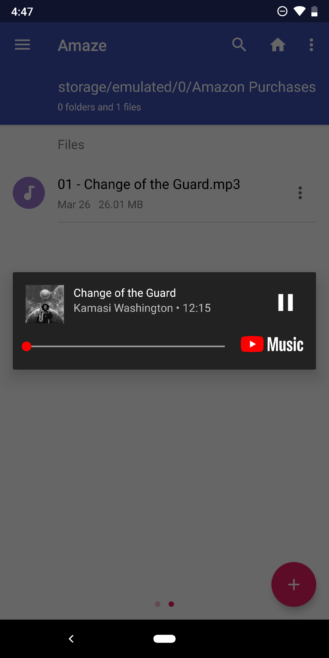 The new feature was delivered as part of the v3.07.52 update, and it's also present in the current v.3.07.54. In typical Google fashion, YouTube Music's generic and undetailed changelog makes no mention of it.

Our friends at 9to5Google reached out to let us know offline playback may have appeared as early a v3.03, though that version doesn't exhibit the behavior in our tests. The precise version this may have been delivered with is indeterminate, but either way, it occurred within the last month or so.

There isn't any overt change in the app itself — you can't access local files from inside it as you can in Google Play Music, for example — but if you have the latest version installed, YouTube Music can now be selected as a means to open music files from inside other apps, like file managers. (In more technical words, YouTube Music is registered as an intent for some media file types.) 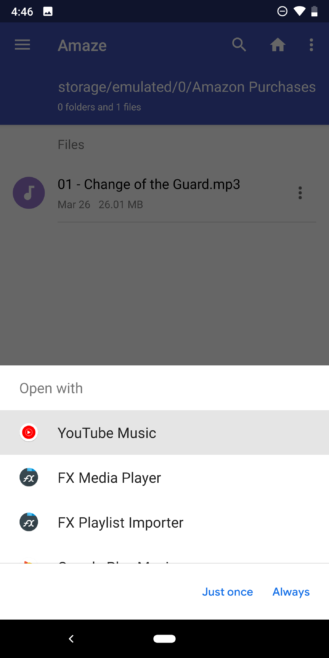 In my testing, YouTube Music was able to play back MP3, Ogg, WAV, AAC-encoded M4A, and FLAC files — all formats that Google Play Music was compatible with, potentially among a larger list of supported file types.

While lossless-loving types will probably stick with applications that have better library management for local playback, in a pinch, the new YouTube Music app can do the same when paired with something like a file manager. Any time that you need to play back a local audio file, YouTube Music can now pick up where Google Play Music left off.

You can download the latest version of YouTube Music, which includes this extra media file playback functionality, over at the Play Store or APK Mirror.