As Google progressively moves things around to comply with the ever-changing design guidelines, we see apps catching up as each new change appears. Google Pay's latest move pushes the account switcher out of the navigation drawer and into the top right corner. This matches other apps like Gmail that have recently seen their own visual updates. Functionally, nothing else has changed, and there aren't any other noticeable visual tweaks to Google's Material theme at this time. 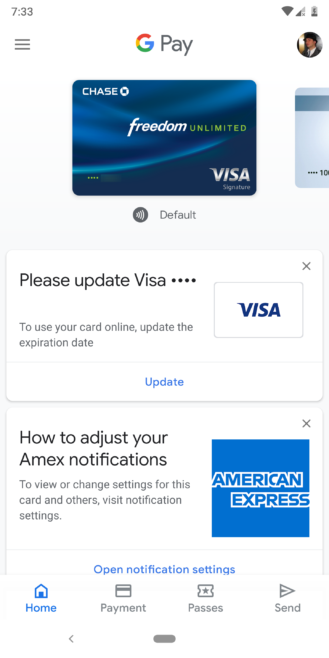 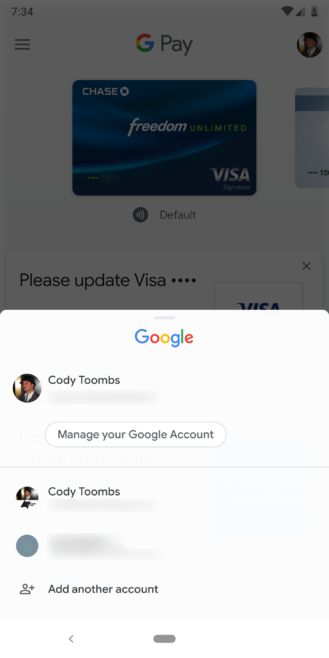 This certainly isn't the biggest change, but it might be important to anybody that has payment methods set up on different accounts — this must be a thing for people with both personal and business accounts, right? Whatever the reasoning, switching accounts is now going to take one fewer swipes/taps.

I've seen these changes appearing at least a few versions back, so this isn't tied to the latest v2.84 update. However, if for some reason you're not seeing the new location for the account switcher, the update might push it through.