Chromebooks are growing in popularity, thanks to their ease of use and straight to the point design. It's easy to get things done using Chrome OS, especially thanks to built-in support for Sheets and Docs, but many of us also like to enjoy some music while working. Up until now, Spotify and Google Play Music worked natively on the platform, but Apple Music users were left out. Although it was still possible to play your favorite tracks through an unofficial web player, the app itself wasn't compatible with Chromebooks, which prevented you from using offline mode. The software was just updated on the Play Store, though, and now brings official support for Chrome OS. 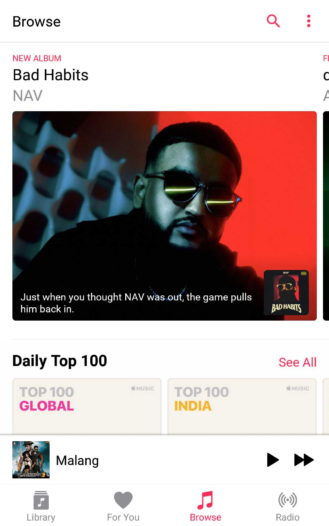 As stated in the changelog, the latest version fixes some bugs, makes it easier to discover content, and, most importantly, brings support for Chromebooks:

Apple Music users with Chromebooks will surely enjoy this extended compatibility, but Google Home users are still waiting for their smart speakers to become compatible with the streaming service. Almost all music providers are striving to provide cross-platform support to attract customers to their platform, so it only makes sense for Apple to broaden compatibility with third-party solutions, as they already have with Echo speakers.

Samsung unveils the Galaxy A70 with a notched 20:9 display and three rear cameras