There was a magical time, many moons ago, when Google Maps had a neat superpower. If you searched for a city or country or state, it would highlight its borders, making it easy to discern which parts were inside of it and which weren't. Then, that mystical ability disappeared, leaving geography buffs and detail-oriented users confused. The feature appears to be back now, though it's not completely reliable.

Previously, if you searched Maps on Android for a city, township, county, district, state, country, you got a pin in the middle and... that's it. If you looked closely, you could see country boundaries, in a slightly pronounced grey, but things weren't very clear. For any smaller entity, the lines weren't even there.

Now, the area will be highlighted, with red borders all around, the name in the middle, and everything else around it colored with a grey shade. You can see the difference in the screenshots below. 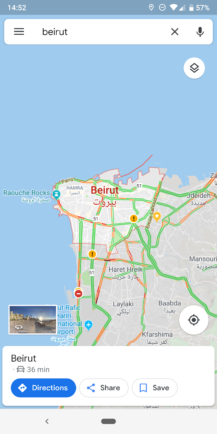 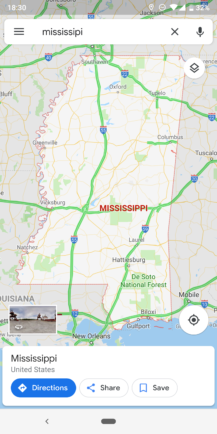 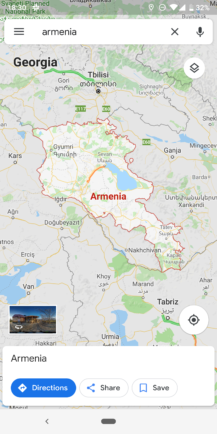 Above: Maps borders for city (left), state (middle), and country (right). Below: No borders.

We're able to confirm this on Maps 10.12.1 (APK Mirror), but the behavior may have started showing up for some of you a month or more ago. Plus, it's not consistent. For example, London always gets me the pin drop look, while Beirut flips back and forth between the pin and the new outline. I was trying to get screenshots for this post and I was seeing Maps switch between the former and newer behavior right in front of my eyes each time I performed a different search.

But I'm happy to see Google adding this back again. The feature has existed on web for a while, and helps a lot when you're searching for a hotel, for example, and want to make sure it's within the confines of the city or on the outskirts of it.