In the past couple of years, Google has only added new language support for Assistant on a product when that particular product went officially on sale in the dialect's corresponding country. For example, the Home speakers began speaking Italian a few days before they launched on the Store in Italy, same for Spanish and Spain/Mexico, Chinese and Taiwan, etc... you get the gist. So upon seeing that Smart Displays can now speak French Canadian, it's easy to extrapolate that the Home Hub may soon be coming to Canada.

Several of Google's Smart Display support pages have been updated to mention support for French (Canadian). To test this, I set my main Assistant language to that, and my Lenovo Smart Display immediately changed. The main interface, the various cards, and Assistant's voice all switched to French, with a wonderful Canadian accent. I couldn't get it to recognize my "OK Google" wake word though, no matter how French or Canadian I sounded. I'm not sure if things aren't fully working, or if I am not as good at faking accents as I thought. 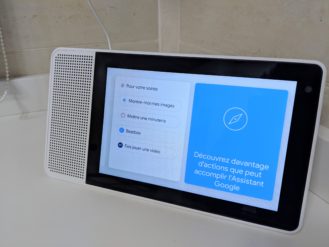 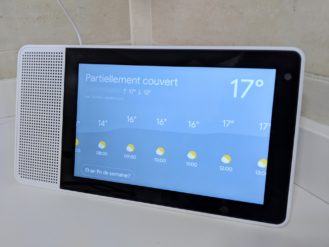 This is the first non-English language Smart Displays have supported. Until now, they've only been available for sale in the US, UK, and Australia, and have thus not had any major need to add other languages. With the arrival of French Canadian, we're hoping for further expansion across other countries. Lenovo already sells its Smart Display in Canada (also on Walmart.ca and BestBuy.ca), so the French addition could be because of it... but Google's modus operandi points to the Home Hub actually launching in Canada soon.

It sure looks like Google's $599 Celeron Pixel Slate is dead