The NBC Sports app has been around for some time now, having amassed more than five million installs. It lets you log in with TV provider credentials to watch — you guessed it — sports content from NBC. Last week, a listing cropped up for a new app with the same name and a very similar description, also published by NBC. It's not clear why both apps exist. 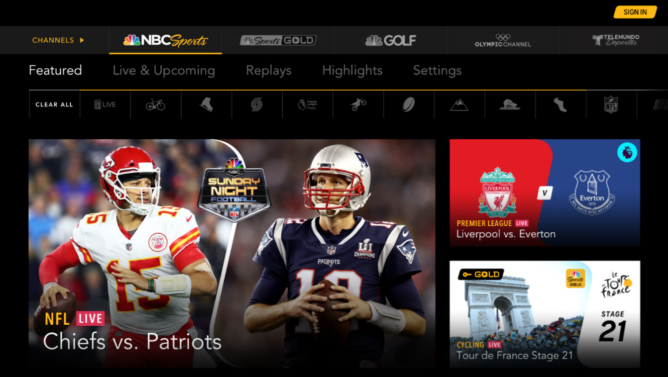 The old app is not well liked, with more than 24,000 reviewers (of about 84,000 total) awarding it a one-star rating. The new one isn't faring so well, either — its only review so far is negative, with the user saying the app refuses to launch. I couldn't get it to open, either, although others on the AP team could.

It seems like NBC may have accidentally published the Android TV version of the app for download on mobile devices. It isn't available on Android TV, but it features an unusual landscape-only layout, and if you can get it to open at all, prompts you to scan a QR code with a mobile device during setup. Whatever the case may be, it's clear somebody goofed on this one.

You can grab the weird new app below, if you want.

Confirming our suspicion that the second NBC Sports app was destined for Android TV, it can now be installed on those devices. Good show, NBC.