NyxQuest started out as an indie WiiWare release in 2009. At the time it was heralded as "pure platforming bliss," so of course the title was ported over to PC and then eventually iOS. Android for one reason or another never received a port, until today. Over the Top Games has finally released its beautiful puzzle-platformer NyxQuest: Kindred Spirits on the Google Play Store.

If you've yet to play through NyxQuest, you're in for a treat. The entire game is rendered beautifully in 3D, and it plays just like a classic 2D platformer with a slight Metroidvania bend. You'll first start without any abilities, and as you advance through the game, you'll unlock new powers that will help you solve some of the title's trickier puzzles. There's a total of thirteen levels to explore, which should take the average player three and a half hours to complete.

The touchscreen controls work wonderfully when navigating from one platform to the next. On the left of the screen you'll find two arrows that are used for movement, and on the right, there's a jump and action buttons. In my time with the game I found the touchscreen controls to be very responsive. Sadly there is no physical controller support in this release, which indirectly means there's no Shield TV support.

NyxQuest is available on the Play Store as a free download that's supported by advertisements. You can play through the entirety of the game without spending a dime, though its numerous ads can be annoying, which is why there's a single in-app purchase included in this release. You can remove the ads through an IAP priced at $2.49.

I have plenty of fond memories of playing through NyxQuest on my Wii ten or so years ago, so I'm delighted to see that Over the Top Games has finally released its beautiful puzzle-platformer on Android. Everyone is free to play through the entirety of the game without going out of pocket, and for those that prefer premium gaming experiences, the inclusion of an IAP that removes the game's ads should be very welcome. While there is no arguing that NyxQuest offers a relatively short experience, I see absolutely no reason not to give it a try if you're the sort of person who enjoys indie platformers. 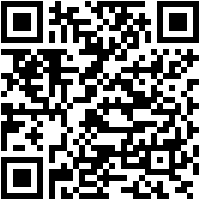 Fibaro's Z-Wave sensors and devices are now compatible with SmartThings