Motorola announced a trio of new Moto G smartphones for the US a couple of weeks back, but only the most expensive of them has launched. Now we have details on the G7 Power and G7 Play. Pre-orders will begin with the G7 Power next week and the G7 Play later in March. 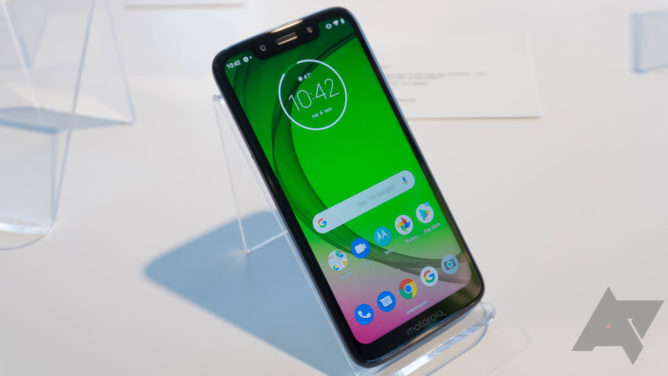 The G7 Play (above) is the cheapest of the G7 family with an even larger notch housing a camera and flash. It also steps down to a 5.7-inch 720p LCD and has a plastic frame. Pre-orders start on March 29th at $200, and the phone ships on April 5th. Again, it will be available from Motorola, Best Buy, Amazon, and B&H.

Motorola's G7 Power pre-orders are now live. The phone is $249.99, but Moto will throw in a $20 coupon for use on your next order. You can probably use that to grab some accessories for the phone.

This phone can pull more all-nighters than you. Pre-order the new moto g⁷ power, with up to three days of battery life, and get $20 towards your next purchase! https://t.co/jPmIGXp7uN pic.twitter.com/CdtNut97O6 33 temporarily free and 53 on-sale apps and games, including Evoland 2 and Planescape: Torment