The latest update to Google Messages hit earlier this week, and while it's featuring a few visible changes, including a new setting to enable Suggested Actions and a new About screen, the most interesting changes aren't intended to go live quite yet. We already know Google is adding Assistant integration to Messages, and now some of that is manifesting in the app. But the most exciting addition is support for a great new carrier-level feature called Verified SMS that may put an end to scam messages (and calls).

There's a new thing called Verified SMS turning up in Messages. Judging by the text, Verified SMS is exactly what it sounds like: A technology that will reduce or eliminate number spoofing, a technique commonly abused by scammers to impersonate other phone numbers.

A few new strings and a preferences screen were added with the latest update that make the intent clear, but it's not giving away much more than that. Given the timing and the intent, it's possible this is linked to a pair of recently finalized FCC standards called STIR (Secure Telephony Identity Revisited) and SHAKEN (Secure Handling of Asserted Information using toKENs).

Unlike most other anti-robocall methods, STIR / SHAKEN are using public key cryptography to perform verification with the originating carrier to establish the source of calls and texts. In very simplified terms, this is similar to the way HTTPS is used to prevent hackers from hijacking browser sessions and impersonating sites; but unlike HTTPS, which also encrypts web traffic for privacy, STIR and SHAKEN are only for verification. (Yes, there are plenty of other technical differences, but let's not get buried in details.)

T-Mobile and Verizon have both announced support for STIR / SHAKEN. T-Mobile launched it initially with the Samsung Galaxy Note 9 in January, and Verizon was setting a target of March to begin rolling it out to some of its phones. Now that we're in March, it's a pretty safe bet that Google is implementing support in Messages to get the ball rolling as support becomes more extensively available.

And may I say... Cheers! I can't wait to see this implemented by all major carriers. Hear that, AT&T? Get on it! While we're at it, Google Fi, this better happen faster than RCS did. We get it, you deal with a lot of carriers, but nobody should allow themselves to be the last to support anti-spam techniques, especially not something with "Google" in the name.

If you weren't too deluged by news from MWC to have missed this one, Google announced Assistant integration would be coming to Messages in the new future. It looks as if things are going to be moving along pretty quickly. New text and a settings screen have been added to the latest update, but nothing appears to be operational yet.

There's really not much to discuss here since the features have previously been announced, but the additions confirm work and the first stages of public testing are probably underway. 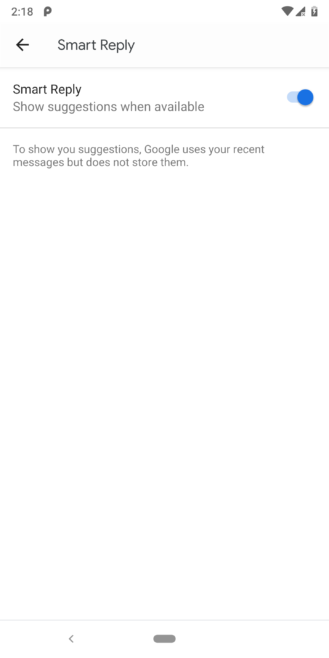 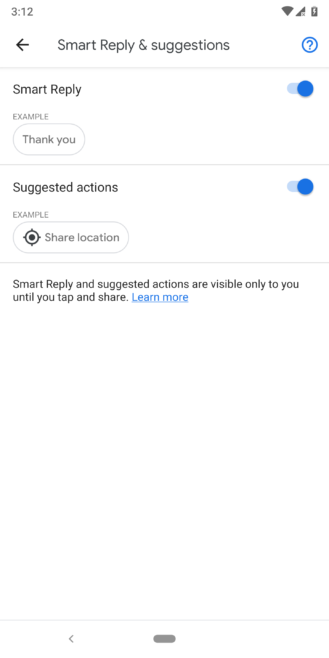 We covered the appearance of a new setting to enable or disable Suggested Actions that joined the toggle for Smart Replies. This is a feature that detects the context of messages and offers actions that would be useful responses or follow-ups.

A few commenters pointed out that location sharing could have already appeared as a suggested action, but it appears to have only worked for a limited group — possibly just for Google Fi users? To clarify, the setting to disable suggested actions is new for everybody, but the suggested actions were only selectively available, and at least some people still don't have them, even though they have the setting.

For those that are curious, text from a teardown makes it look like the list of suggested actions should (or will) include: 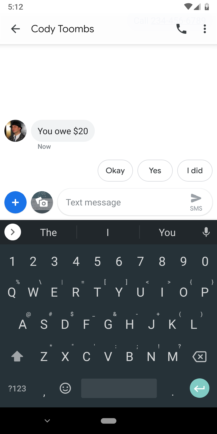 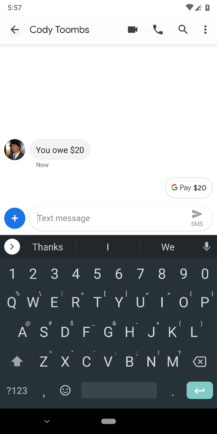 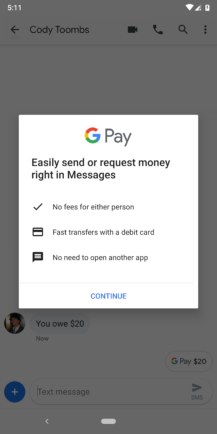 I can't confirm that it's brand new for everybody, but payment requests is working for me, something that was pretty likely based on previous teardowns of both Messages and Google Pay. 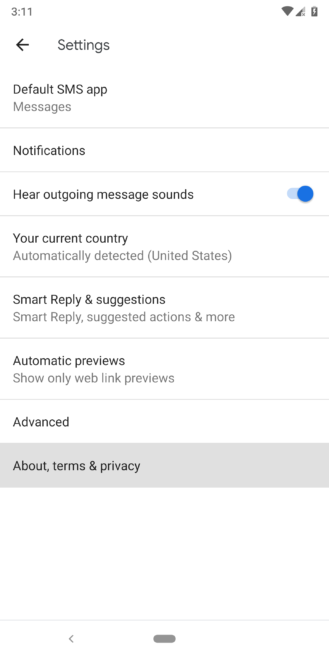 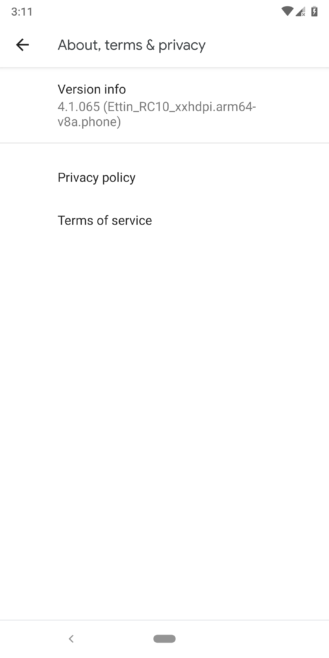 As a final quick note, there's also a new thing to tap in the Settings screen that will take you to another screen with more things to tap, but they will only show you the privacy policy and terms of service, so you're probably never going to tap them. Notably, there is also a line on the screen that shows the version number of Messages.

[Update: Now on Fire TV too] Apple Music is coming to Amazon Echo devices in December