Android Q introduces a new function called 'Roles,' which "allows the OS to grant apps elevated access to system functions based on well-understood use cases." There are seven roles to start with:

Google will almost certainly add more roles as time goes on, but this is definitely a nice change. Roles should lead to fewer permissions prompts for users, and more predictable functionality for developers.

While it doesn't appear in developer documentation, there's also a new 'Car mode phone app' option in the Default apps screen, alongside all the above-mentioned roles. This is likely related to Driving Mode on the Pixel 3, which opens Android Auto by default on Android Pie. 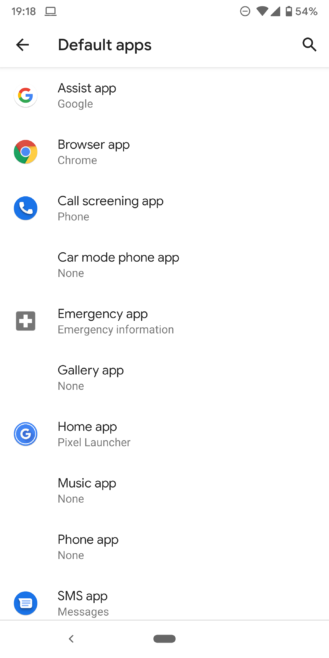