Among all the other changes we've spotted in Android Q, Google is also tweaking the old app info screen for managing specific application details. In addition to a snazzy new look and Material Theme iconography, Android Q merges together general app uninstallation and system app disabling into one label, plus new notification average info. There's even a long-overdue button to open the app in question (yay). 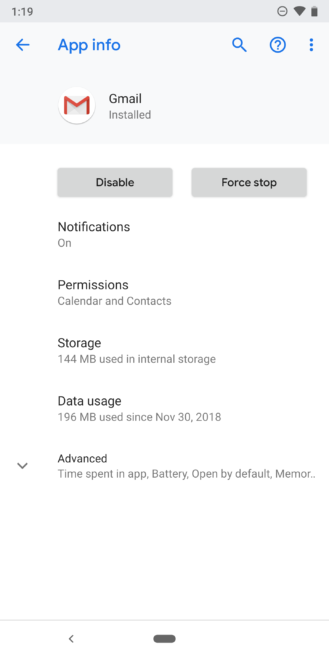 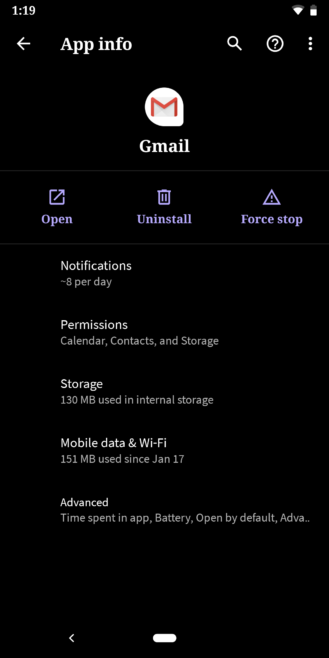 The most immediately noticeable difference is the centered app icon/name, which picks up on the cues from your theme. A new "Open" button does the obvious, allowing you to open the app from the app info page — a curious omission from the previous design, now that we think about it.

Disable has been changed to "Uninstall" for system apps, but make no mistake, it's still just disabling the app. In fact, it doesn't even uninstall app updates in our testing. If you choose to reinstall, you'll have the version you did before. That could be a problem if you're trying to disable apps to free up space, but there could be other logic at play that makes that a non-issue. 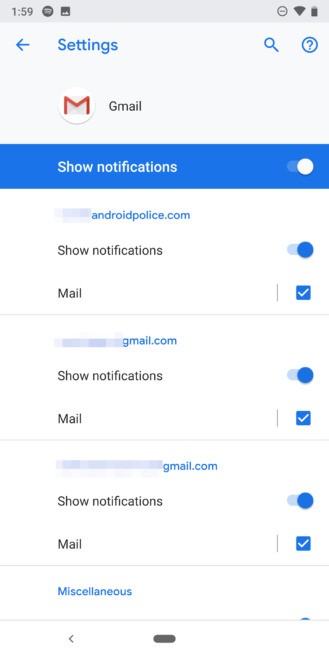 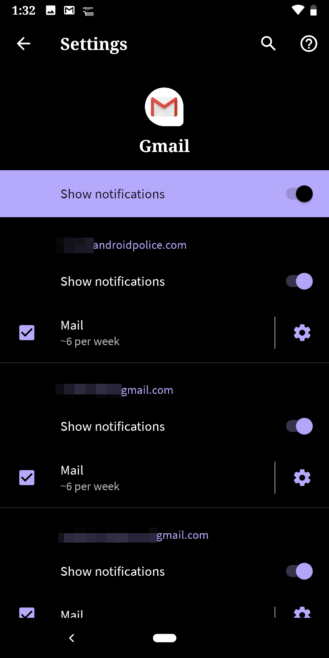 The "Notifications" section in Android Q now shows you the average number of notifications you get from the app in a given day, rather than just a blanket and slightly useless on/off as in Android 9 Pie. 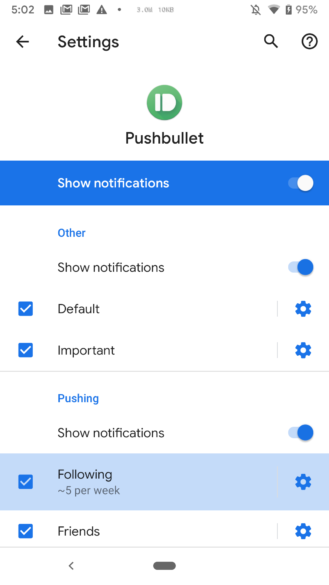 Another example of the notifications section.

Tap it, and it opens to the same notification panel that was present before, but with subdivided average notification numbers by type (assuming the app supports categorizing these divisions). Previously, you could further access individual notification categories in this screen by tapping their labels, but now there's a much more obvious cog-style settings icon. 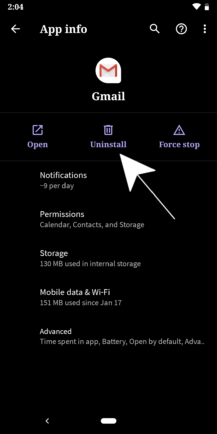 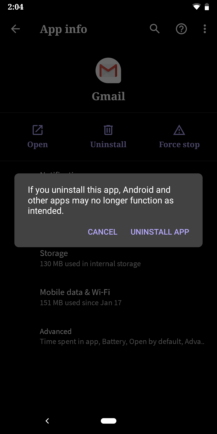 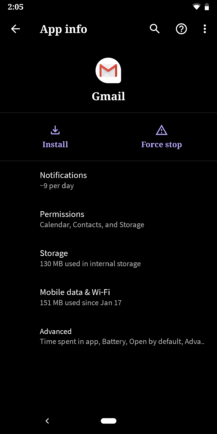 Uninstalling a system app via app info in Android Q.

If you choose to "uninstall" a system app, you may be warned that Android could run into issues without it, as you would have been warned before when you attempted to disable it under Pie and earlier. However, the option to uninstall updates during that process is now gone, and reinstalling the app is just an easy tap away via a new "install" icon which takes over for "enable" in previous Android versions. 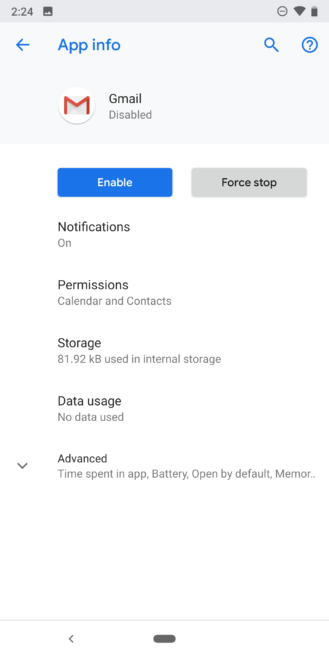 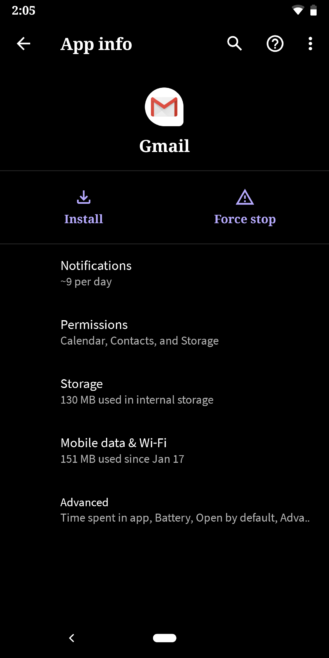 "Enable" and "Install" in app info for system apps are essentially the same thing between Android Pie (left) and Android Q (right), just with different labels.

If you genuinely want to uninstall system app updates as well, you'll need to do it through the three-dot menu (the option is still there) or the Play Store. This is effectively just changing the vernacular of the previous setting, while removing the additional dialogue which previously asked if you'd like to uninstall updates.

I think that renaming disable to uninstall here is a beneficial change that should make app management easier for the layman, but it is technically just a tiny bit misleading.

Android Q Beta 3 includes changes to the App info screen, including changing 'Uninstall' for system apps back to 'Disable'. More details are in this post.