It's difficult to describe what effect is actually being used here. It changes based on the artwork, but if it's a blurred version of the notification's image, then there seem to be additional filters. For example, when playing an album with only black and white on the artwork, the lock screen is a shade of green. 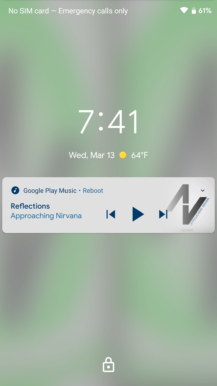 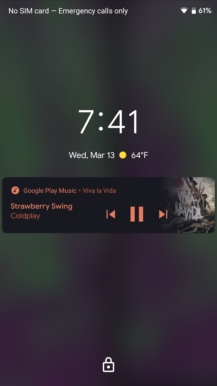 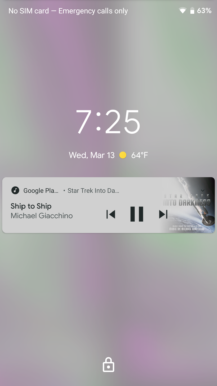 If it was simply a blurred version of the art, I don't think it would look too bad, but the current effect isn't super appealing. Either way, it looks a bit like the frosted glass aesthetic that Apple has been using on iOS for some time.

As pointed out by reader Joshua, the strange filter effect only occurs when using Google Play Music. When playing media from any other app, the background blurs correctly.

Mishaal Rahman from XDA Developers pointed out on Twitter that Play Music's implementation isn't a bug:

Now that Android 10 source code is up, one thing I looked into is whether this change is actually a bug: https://t.co/uk7NVsh4CH

It's not, though. It's controlled by this class: https://t.co/jWF8W4cgUI

Stardew Valley for Android is out a day early

Android Q's dark theme must be picture-perfect at launch, lest developers ignore it