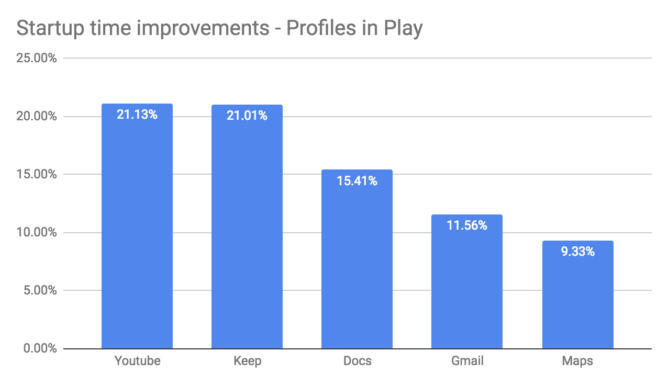 The more interesting detail provided by Google in its announcement post today is a new system that allows apps running on Android Pie 9 and later to be distributed together with aggregated, anonymized profiles, which will let ART intelligently pre-compile more parts of the app before it is run, improving app startup time substantially.

In case you're unfamiliar, Android switched to its ART compiler with Lolipop, after a quick test with Kit Kat, and before that, it used the old Dalvik. More recently, Android P further improved on ART's performance.

The other ART-based gains exclusive to Android Q are largely beyond my technical understanding, but improvements include starting apps in the Zygote process earlier so they're ready to launch faster, moving more info into the app's heap image, and adding a new Generational Garbage Collection to ART — presumably helping to decrease overhead associated with memory management, as Google says it's more efficient at collecting objects compared to "full-heap GC."

Developers can dive into the technical details over at the announcement post, but the TL;DR for the rest of us is that we should see apps run even better on Android Q.

Stardew Valley for Android is out a day early