With every update, small or big, Nvidia's Shield TV gets better and better. Three years on, it's still easily the best standalone Android TV box you can buy. Today's update to Shield Software Experience 7.2.3 isn't a major one by any means, but it brings a feature I've wanted since the start: the option to restart WiFi and re-scan for networks.

Starting with the other features first. The new software adds the NHL app, which became available on Android TV in December, brings support for the wired XBOX Elite controller, and makes HDMI-CEC power controls more customizable. Since I haven't received the update, I'm not sure what that means. I know you can already turn on the Shield simply by switching the input on your TV to the corresponding HDMI port, and you can even remotely power on the Shield with Google Assistant. Perhaps there would be more options to choose which methods work and which don't.

For me though, the most important addition is the ability to restart WiFi. I used to have a pretty crappy router and WiFi setup at home, and Shield would disconnect frequently. Worse yet, sometimes it would plain refuse to see my network if it was down for a while. Each time that happened, I looked for an option to turn on/off WiFi, but was surprised not to find it. The solution? Reboot Shield and curse under my breath that such a simple thing didn't exist. I'm glad that won't be necessary anymore. (I also upgraded to a Netgear Orbi mesh, which seems way more stable so far.) 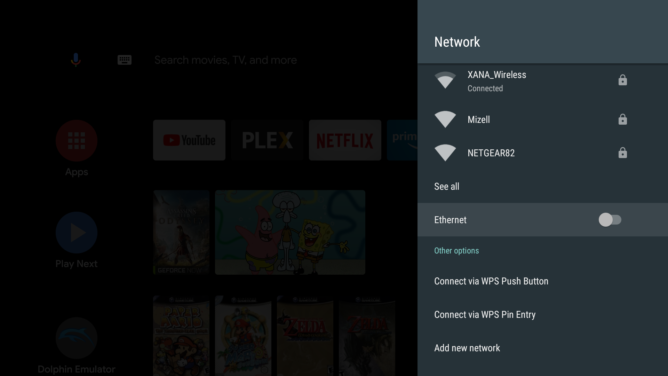 The update will begin rolling out today, but it will likely go out in batches, so keep an eye on your Shield for an OTA.

YouTube Music and Premium launch in India, starting at ₹99 ($1.42 USD) per month