Stop me if you've heard this before — a popular app gets a major update, and people get upset. There's always a subset of users annoyed after an app is revamped, but the blowback to Pocket Casts v7 has definitely been extreme over the past few days.

If you're not familiar with it, Pocket Casts is a popular cross-platform podcast application. Version 7.0 was released earlier this month, and was nearly a complete redesign. A bottom bar was added for easier navigation, the playback screen was revamped, and dozens of new features were added. However, it also contains some regressions. 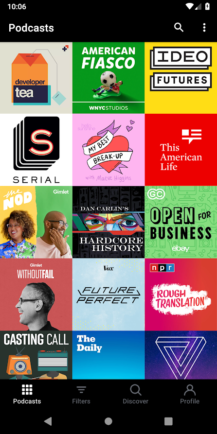 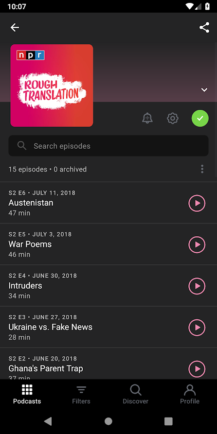 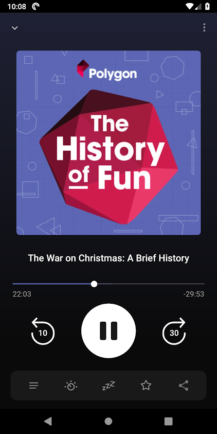 Going by public reaction, the main point of contention seems to be the removal of custom playlists, which was an intentional decision. The ability to select multiple episodes — usually to download them all at once, or flagged them as played — is also gone. The update also removes the ability to create custom podcasts from local MP3 files.

The frustration by users has been amplified by the seemingly sarcastic/dismissive replies that initially came from the Pocket Casts Twitter account. Imitating an angsty teenager often works well for brand accounts (see: Wendy's), but it's not a good strategy when dealing with legitimate complaints from paying customers. The team appears to have learned that lesson, as more recent replies are far more professional.

ha, no. Sadly no. What would you like Pocket Casts Classic to do?

Note: This person repeatedly asked for a folder feature.

In response to the backlash, Russell Ivanovic — the app's Chief Product Officer — wrote a post on the r/pocketcasts subreddit. He addressed some of the major complaints, including why custom podcasts and playlists were removed. Ivanovic said this about playlists:

"To clear one thing up: our app has a playlist feature, it's called "Up Next". You can queue episodes up in it, re-arrange them, edit it, it syncs to everywhere you use our app. It's great. What we removed was the ability to create more than one playlist. This was an agonising decision that we didn't commit to until very late in the beta process.

The reason we didn't commit to it was simple: could we find a way to make it work, without breaking a whole bunch of other things and without making the app harder to use? We also have real world analytics and usage number, less than 1% of our user base used this feature. That doesn't mean it's not important. That doesn't mean the less than 1% who used it didn't love it. But we made the decision to remove it, in order for the app to be the best it can be. You might not agree with that decision, but that's the why and the how."

In the comments, he revealed that multi-select "is on our roadmap for a future update." When asked if the previous version could be made available through official channels, he said, "We have big server changes on our roadmap and I feel like saying 'Here's version 6, sorry' is just going to be a slap in the face if that stops working in 3 months time."

I've personally used Pocket Casts for over two years (Google Play says I bought it in October 2016), and while I'm not a fan of the new update, I personally didn't use any of the removed features. I'm still trying to get used to the design, which feels like an iOS app half-ported to Android. The most annoying change for me is that the number of unread episodes for each podcast is no longer displayed on the main screen (Update: This can be enabled by tapping the menu at the top-right and setting 'Badges' to 'All unfinished'). The Chromecast button also doesn't appear sometimes, which seems to be a problem for others as well.

I understand where the team is coming from on many of the changes, especially as a developer. Removing barely-used features is a common practice that helps reduce future bugs and improve the overall product for everyone. In retrospect, the entire situation could have been handled much better, by notifying users about upcoming removals and not being snarky on Twitter. The anger was amplified by the fact that Pocket Casts has been a well-received app for years, so V7 was an extremely rare misstep for the team.

At the very least, it seems like Pocket Casts is now receptive to feedback, and is already planning to bring at least some features back. If you're still unhappy about the changes, Podcast Addict and Podcast Republic are popular options.

Weekend poll: Which Galaxy S10 model did you snag if you picked one up?

Chrome for Android might get a bottom tab switcher