This is still in the very early stages of development, as it doesn't even have a flag toggle yet. The below screenshots come from XDA Developers, who activated the feature through unknown means. 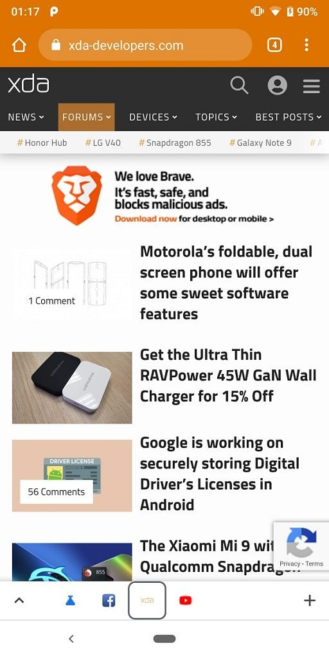 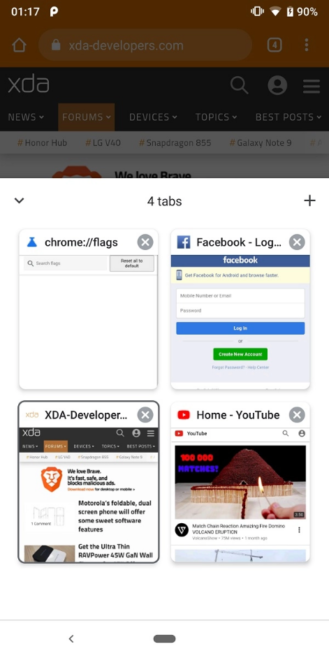 While the regular tab switcher can still be accessed from the top right button (at least for now), the new toolbar offers a way to quickly switch between tabs with just one tap. It's definitely a good use of the 18:9 (or taller) screens that many smartphones now have.