As the story goes, Google isn't particularly good at making its own services and apps work together. Take YouTube Music for example. It took months for the streaming service to be available on Android Auto and as an alarm provider in the Clock app, and it still isn't integrated in Google Maps the way Spotify and Play Music are. But things are ever-so-slowly improving. You can (now) pick YouTube Music to be your music provider on Google Assistant and Home speakers in many, many more countries.

Previously, only users in the US, UK, Australia, and Mexico saw the option of YouTube Music in their Assistant settings. But almost all countries where both Google Home and YouTube Music are officially available have it now:

South Korea still only has access to YouTube Premium. And both India and Singapore don't have YouTube Music yet, so it's understandable the music service isn't accessible on Google Home. 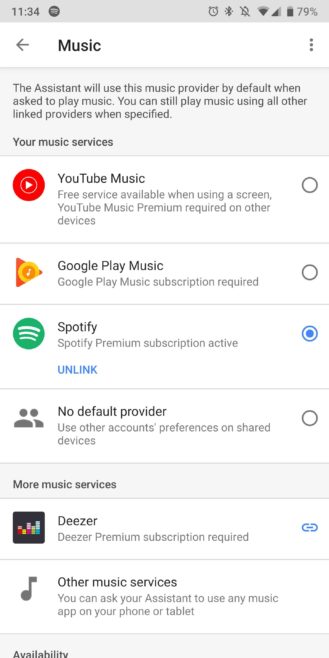 YouTube Music shows up among the music services in France (left) and Germany (right).

I was in Spain last week and saw YouTube Music as a music streaming option in Assistant there, so it's likely this started popping up at least a couple of weeks ago. It seems official now though, with Google's Home support pages for every country citing compatibility with YouTube Music.