When Android was first released, it relied on physical buttons for navigation. Later releases moved these to the bottom of the screen, but their function mostly remained the same. With Pie, Google introduced a new gesture-based navigation, which still relies on a back key. While Android Q is rumored to finally get rid of it, Samsung preferred to do things its own way by offering to swipe up from the bottom of the panel instead of using unnecessary real estate.

Although this approach is relevant, I personally prefer to swipe from the left edge of my screen to go back, just like you would on iOS, mainly because there's more room to do so and you don't have to reach all the way down to navigate. Samsung allows you to customize your device to do just that, thanks to its One Hand Operation + app, which it just released on the Play Store. 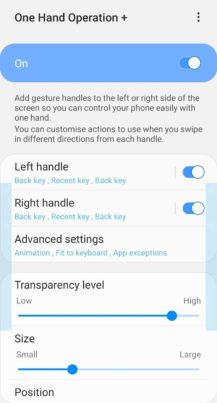 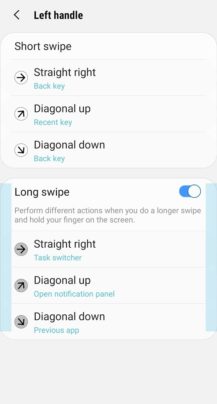 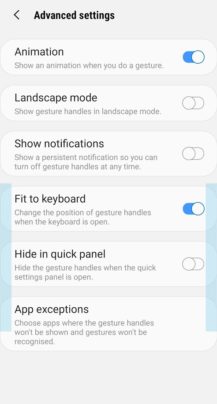 As part of its Good Lock ecosystem, Samsung lets you redesign your Galaxy, including its interface and lock screen. With One Hand Operation +, you can assign swiping gestures from each edge to specific keys or functions such as:

This way, you'll be able to hide your navigation bar and assign shortcuts to specific areas of your screen without having to reach too far. In case you're wondering, the app is exclusive to Samsung devices, but thanks to Edge Gestures, a paid application available on the Play Store, I've been able to do the same on my phone for a while. Ultimate Ears BLAST app now supports grouping with up to eight speakers, 11 months after it was ...