One of Chrome's most useful features is its Chromecast integration. You can manually cast a tab to your TV, and some sites implement their own Cast button. Google hasn't made this functionality available in other browsers, but at least one person is trying to solve that. Developer Matt Hensman is working on 'fx_cast,' an extension that brings Chromecast support to Firefox. 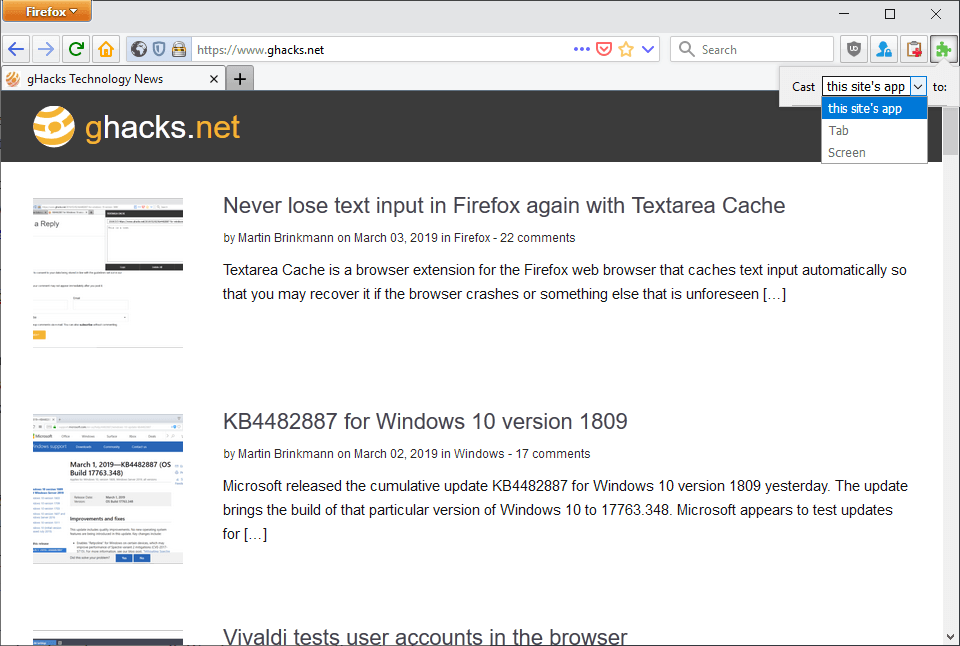 The extension is currently in a beta stage, and it's not even available from the Firefox add-on repository yet — you have to download the latest release from GitHub. Once you install the extension and the accompanying desktop bridge application (which is required to communicate with local Chromecast devices), casting from sites like YouTube and Netflix should work automatically.

The extension is still experimental, but it's nice to see someone attempt to bring Chromecast support to other browsers. Though, if you plan on frequently casting web pages from anything except Chrome, a device that isn't arbitrarily tied to Chrome (like a Roku Streaming Stick) might be a better idea.