Saying "OK Google" is already more syllables than are required to wake up competing smart assistants like Alexa. Saying it again just moments later to complete another task gets annoying. Google released "Continued Conversation" last year to make Home speakers listen a little longer to catch additional commands. It didn't work on smart displays like the Home Hub, but that changes today.

Take a quick trip into the Home app settings, and you'll probably see smart displays available under the Continued Conversation menu. That means you can tell Assistant to do something, and then add another command a few seconds later without saying "OK Google" again. So far, we've seen Continued Conversation working on the Home Hub and Lenovo Smart Display. 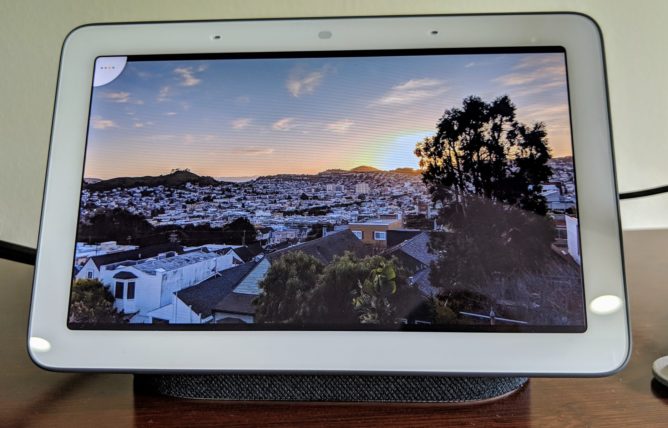 On Google Home speakers, the LEDs remain illuminated to tell you the speaker is still listening (it shuts off after a few seconds). With Smart Displays, you'll get a small Assistant icon peeking out of the corner. Continued Conversation will reportedly be live on all Assistant smart displays in the next few days. However, Google's support page currently says it's only on the Home Hub. Google will probably change that at some point.

We had already seen the featuring working on smart displays for ourselves, and Google went ahead and started updating its support docs too, but if there was still the tiniest shred of doubt as to what Google was up to here, the company has gone ahead and formally announced its efforts to bring Continued Conversation to the full family of smart displays: