Nubia is finally selling a phone in North America. Sadly, it's not that wacky dual-screen device but the more modest Red Magic Mars gaming phone. We've talked repeatedly about how most gaming phones aren't any more suited to gaming than the competition, but the Red Magic Mars at least tries to justify the name with dedicated shoulder buttons and a custom gaming mode.

The Red Magic Mars offers high-end hardware for a reasonable price, and it's usually snappy. Although, I noticed a few system hiccups that brought things to a crawl. And it's a good thing the Android build is mostly stock because Nubia did more harm than good everywhere it exerted influence. The build quality is solid, but the hardware isn't particularly attractive, and the ergonomics took a back seat to the gamer aesthetic. Plus, the LED light bar is almost completely wasted. The Red Magic Mars doesn't make any huge mistakes, but it makes enough little ones that it adds up to a big annoyance.

Even if you'd been living under a rock for the last few years, you would instantly recognize the Red Magic Mars as something designed for gamers. It has that classic angular vibe with more sharp edges and metal inlays than any object of its size ought to have. I will preface this by noting that aesthetics are highly subjective, but I believe most people will agree with me when I say the Red Magic Mars is a rather unattractive phone.

Unlike most modern phones, the Red Magic Mars is aluminum. The finish is very smooth, so you're just as likely to drop this as a glass phone. I worry about the screen if it does fall. The chassis is aluminum, but the display panel sits slightly above that on a raised plastic lip. I feel like it's just begging for a crack. 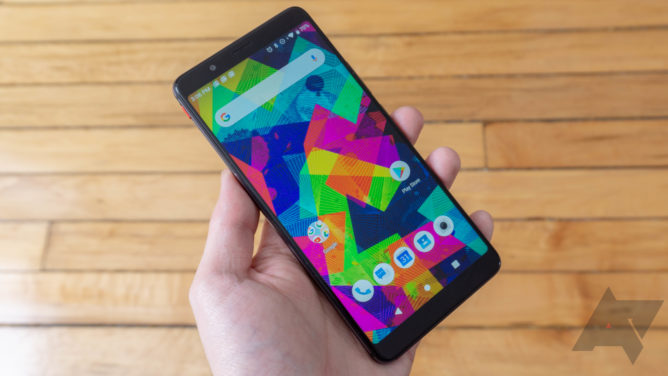 The 6-inch 1080p LCD dominates the front of the phone. It's sufficiently sharp, but the brightness is a bit lacking. The screen doesn't have the customary Gorilla Glass, relying instead on Dinorex hardened glass. However, props to Nubia for doing an 18:9 display without a notch.

Over on the right, you've got the power and volume buttons. They feel solid and have good tactility. There are also touch-sensitive shoulder buttons for games. Opposite that is the gaming switch, which I'll get into later. For now, I'll just say I like the red accent, and it has a satisfying click as you slide it between regular and gaming modes.

The Type-C port is on the bottom next to a speaker. The earpiece acts as a second speaker, but the bottom speaker is far louder. Hey, you do get a headphone jack up top. That's a nice bonus these days. The Mars has a strong vibration motor, but it's not as sharp as phones like the Pixel or Galaxy S10. Nubia also touts a "4D" haptic system for games that is supposed to match the action more closely. It only works with a few titles, and I don't think it makes much difference. 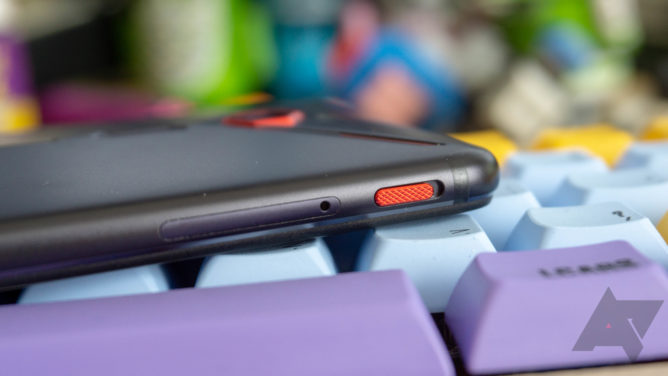 On the back of the phone, you get a single camera sensor in a little hexagonal inlay directly above the elongated hexagonal fingerprint sensor. The sensor works fine—it's fast and accurate. However, it's about an inch too high on the back. Below that, you have the light bar, which is itself an extremely long, narrow hexagon. Seriously, there are so many corners on this phone. There are also four grilles on the back that are allegedly there to expel heat from the phone. That seems silly considering it's a metal phone; all the heat radiates out through the body of the phone, and the grilles don't appear to make any difference.

It's an unwritten rule (before this sentence was written) that every gaming phone needs to have some RGB LEDs, but Nubia made this pointless, silly feature even more pointless than usual. You can't just have the LEDs on while using the phone. They only turn on when charging, to announce incoming notifications, and when you're in gaming mode. The rest of the time, it's just a boring line on the back of the phone. The animations aren't even particularly smooth when the LEDs are on. 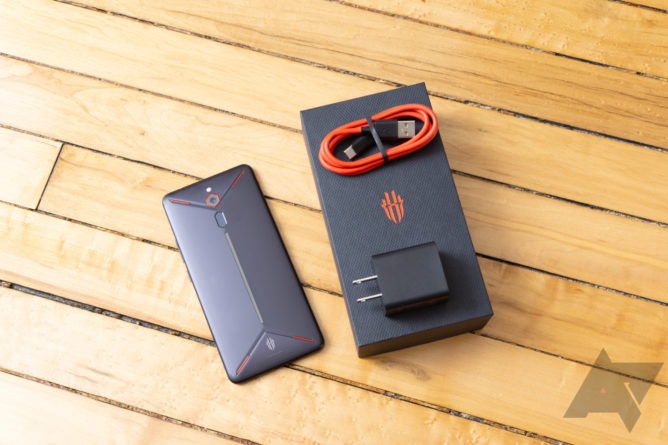 This phone doesn't cost a lot, so you should not expect many extras; or any extras. You get the phone, a few warranty and regulatory manuals, a red USB-A to USB-C cable, and a Quick Charge 3.0 adapter (it does 18W PD, too).

Nubia deserves some credit for not slapping a useless secondary camera on the Red Magic Mars simply because everyone else has at least two sensors, but don't expect any miracles. There's a single 16MP rear sensor and an 8MP front camera. Outdoors, the phone takes acceptable photos with good detail and natural colors. It does have trouble with varying or harsh light outdoors, so you get dark shadows and blown-out highlights. There's no auto HDR mode, and turning on HDR manually doesn't help. In fact, it makes some photos look hazy or grainy. 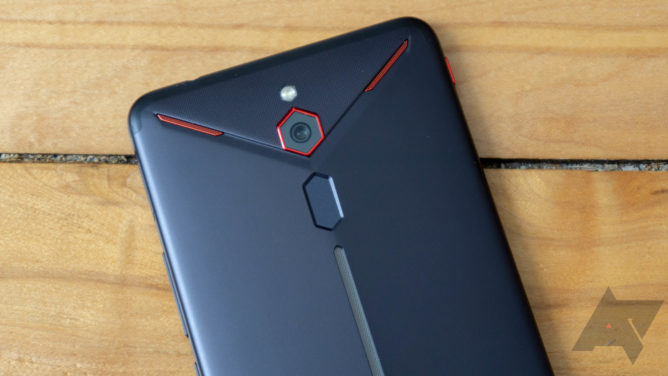 The true test of a smartphone camera is low-light, and the Red Magic Mars continues its uninspiring run here. The camera pulls in enough light to get some solid pictures inside, but capture times get abruptly longer. There's no optical stabilization, so you tend to see blurriness from hand wobble. Taking photos at night isn't a hopeless cause, but the experience isn't good. The Red Magic seems to prioritize lowering noise via longer exposures. Moving subjects often turn out blurry; sometimes the entire scene is blurry because it lacks OIS. Bright lights in dark settings will also result in undesirable snapshots because, again, HDR mode is poor. If you've got a steady hand and a stationary subject, the Mars might get a few usable images.

Note: Our review unit has pre-release software. I've been waiting several weeks for Nubia to update it to the retail release, but it has not been able to do so as of this posting.

The Red Magic Mars runs Android 9 Pie out of the box, and the build is mostly stock. That's good because Nubia seems to have bungled just about everything in which it had a hand. There are uncountable little bugs and bizarre UI decisions, which make the phone annoying to use on a daily basis. For example, the network activity arrows in the status bar nudge other icons out of the way when they appear (which they often do). The home screen is the most boring, barebones rendition of the Pie launch I've seen. There's an old-style unmovable Google search bar at the top of the screen, and you don't even have the Feed/Discover panel on the left.

The Gameboost slider launches the Game Space (no remapping) custom launcher. Gamespace locks your device into landscape mode with large game tiles. This also turns on the shoulder buttons, but to configure them, you need to find the non-default quick settings tile by editing your layout. The shoulder buttons use screen mapping similar to the ROG Phone. They should work in almost any game, but they're fantastic for mobile shooters. Getting the fire control off the screen makes fragging your competition so much easier that I almost feel like I'm cheating. 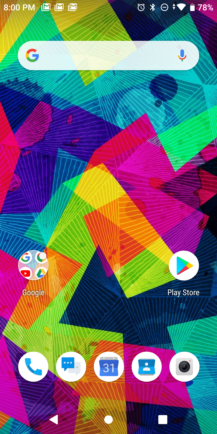 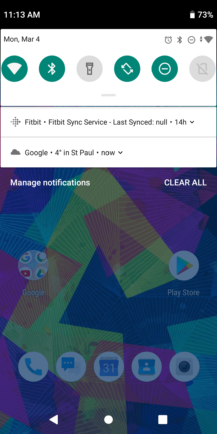 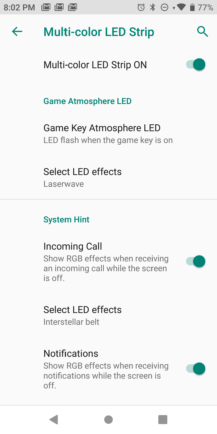 Gaming performance is excellent on the Red Magic Mars, presumably because gaming mode kills background processes and cranks the SoC to maximum. In general use, the phone is usually very fast. However, I've seen a few unusual slowdowns, and the scrolling seems weirdly stuttery. 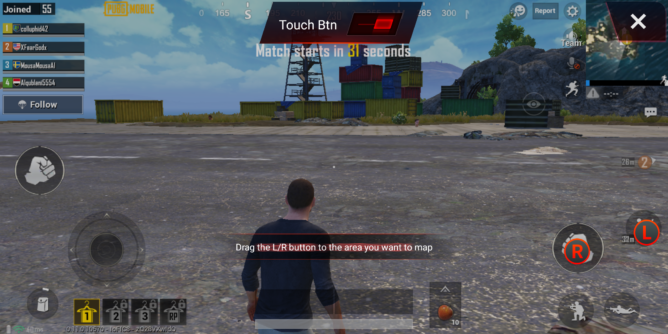 Battery life has been good overall but somewhat on the inconsistent side. I've had some days with solidly above average battery life—over five hours of screen time in 24 hours with heavy use. Other days, I get half that. With a 3,800mAh battery, the Red Magic Mars has what it takes (on paper) to deliver above average longevity all the time. I'm leaning toward chalking the inconsistent performance up to the pre-release software.

Probably not. The Nubia Red Magic Mars isn't a bad phone. It's (usually) very fast thanks to the Snapdragon 845 and ample RAM, and the price is competitive. I can see some gaming-obsessed buyers picking one up simply for the shoulder buttons, which will make you a force in games like PUBG.

The Red Magic punches above its weight on the spec sheet, but there are some rough edges—including come literally rough edges. I don't particularly care for the design, and the angular bits are unpleasant to hold. Nubia could have at least made the light bar fun to play with, but it's almost always off. The build of Android 9 Pie on this phone could also use some work to clean up the bugs and clunky UI elements. 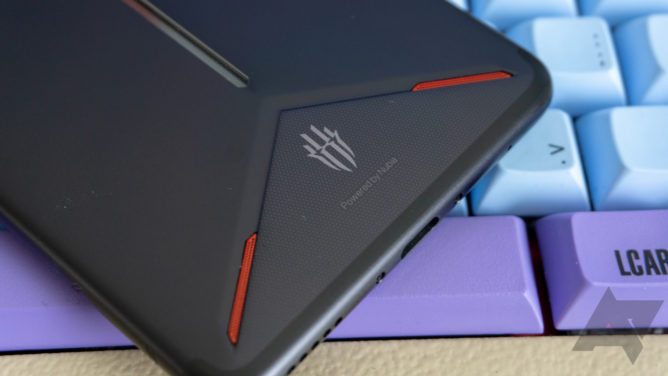 If all you care about is having the fastest internals for the lowest price, this is it. However, I don't think the experience is good enough to recommend this device. You should put that $400 toward a different phone.

You want to play games with shoulder buttons and fast hardware for as little money as possible.

You want a phone that offers a good all-around experience and don't mind paying a little more to get it.