Recent renders of the OnePlus 7 have shown it with a left aligned pop-up camera — slightly different from the centered camera the F11 Pro sports. With an expected May 2019 release, the design of the OnePlus 7 may still be in flux, so we'll have to wait and watch. 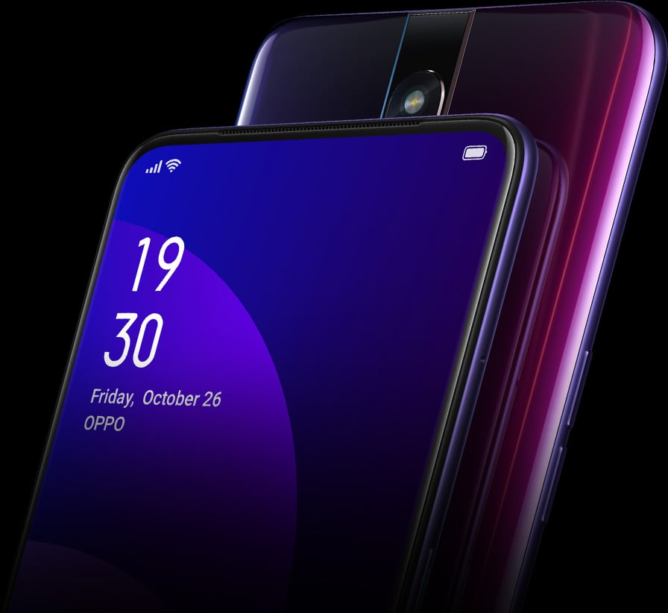 The Oppo F11 Pro has the hardware of an upper mid-range device, with a middling CPU, but decent camera and storage specs. Bizarrely, it lacks NFC, and Oppo has stuck to a microUSB port — though it charges with the new VOOC Flash Charge 3.0, which claims to fully charge the device 20 minutes faster than previous versions. The phone's highlights would be the lack of a notch, and the presence of a pop-up front-facing camera — this gives it an impressive 90.90% screen-to-body ratio. Don't be alarmed by the middling specs though — while OnePlus devices share a cosmetic resemblance with their Oppo cousins, we usually see them use different SoCs. Priced at ₹24,990 ($350), the F11 Pro goes on sale in the Indian market on March 15th, with plans for launching in Southeast Asian markets in the coming months.

Personally, I'd prefer if OnePlus didn't go with a pop-up camera — the in-screen fingerprint reader is quite hit-and-miss on my 6T, and more often than not, it's the facial recognition that unlocks the phone for me. If the camera is hidden, this adds another delay to unlocking the phone, for something purely cosmetic.