After a couple of months of speculation, the new Fitbit Versa has landed and it is indeed a Lite version of the original. But it's not the only tracker the company is announcing today. Joining it is an updated Ace 2 for kids as well as a new Inspire and Inspire HR that aim to replace the Alta line-up but also merge some features from the older Fitbit Zip and One. Fitbit also announced an upcoming update to its app as well as a new rewards program.

As previously leaked, the new Versa Lite looks almost exactly like the regular Versa. It keeps most of the same features too: 4+ day battery life, activity/sleep/heart rate tracking, swimproofing, 15+ exercise modes, support for apps, and customizable watch faces. However, it skips the altimeter (it can't measure floors climbed), swim laps monitoring, music storage, and on-screen workouts with the Fitbit Coach. It will be available starting this month in white, lilac, mulberry, and blue for $160, which makes it Fitbit's most affordable smartwatch yet. The company is also introducing tons of new watchbands to customize the look of the Versa family. Having used the Alta HR for a couple of years now, the most interesting announcement for me was the new Inspire line-up.

First up, the new Inspire is a relatively cheap tracker at just $70. It has a touchscreen display, customizable clock faces, all-day activity/sleep/exercise tracking, a timer and stopwatch, notifications, reminders to move, female health tracking, and can last up to 5 days on a charge. Better yet, like the older Fitbit One, the Inspire can be removed from its band and placed in a clip, so you can wear it inconspicuously under your clothing if you prefer. It will be available this month in black and sangria colors, with many compatible bands and clips. 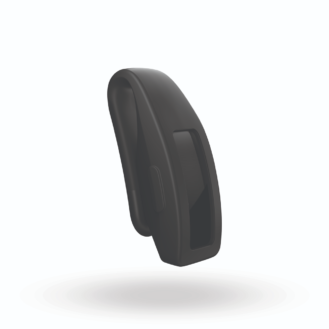 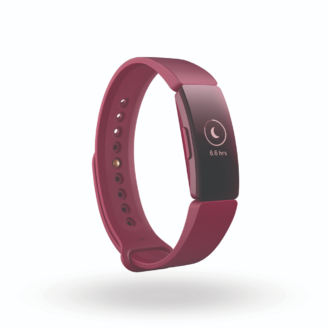 The Inspire HR takes the same features of the Inspire, minus the ability to put it in a clip (which I'm sad about), and adds 24/7 heart rate tracking, sleep stages, real-time pace and distance using your phone's GPS, 15+ exercise modes, and guided breathing sessions. The price goes up to $100 and it will be available in March in black, white, and lilac colors, with a choice of different types of bands. The updated Ace 2 takes the same kid-friendly approach to activity tracking as the original and improves on it in both design and features. It's now swimproof, has a bumper around the display to protect it from what a child might put it through, and features new animated clockfaces that show the kid their activity progress in a way that entices them to move more. It'll also be available this month for $70 ($30 less than the first-gen Ace) and will come in either watermelon or dark blue colors with a few other watch band designs to choose from. In addition to the four new trackers, Fitbit announced a major redesign to its mobile app that should make it easier to view your stats, but also put more emphasis on the community, challenges, and tips/recommendations. Based on the small preview we got, I fear that the app would be moving way too much into the "social" territory and hide the essential tracking features a few levels too deep. But we'll know soon as the update is supposed to move into beta testing in the coming months, with a release scheduled toward the end of the year.

Another new feature the company is working on are Fitbit Rewards, a beta program that allows users to earn points for everyday activities and redeem them for discounts on Fitbit products or rewards from some partners. Currently, Deezer, Adidas, and Blue Apron appear to be taking part of the initiative.