Anker's naming strategy is a little confusing. One day the company was using "Soundcore" for its audio products, the next it introduced the "Zolo" sub-brand for its Liberty and Liberty+ true wireless earbuds, and finally it seemingly went back to Soundcore for the Liberty Air. But there's now a new Zolo branded product, which is an upgraded version of the original Liberty, still costing $99, but with one massive improvement: an 8-hour battery life on a single charge, and a bonkers 100-hour battery life with the charging case.

The new Liberty, also known as Liberty S, was announced at an Anker event in Japan a while back, but seems to have flown under the radar so far. We've been following the company's products up close and still didn't know about it (even the official website doesn't mention it) until we ran across it on Amazon. Like some of Anker's previous products, it seems to have soft-launched in the US before being properly announced.

The new Liberty is still IPX5 rated for sweat resistance, has a button on each earbud for controls, charges over MicroUSB, and comes with multiple jackets and tips to fit any ear shape and size. Beside the battery life improvement, the only other upgrade is the switch to Bluetooth 5.0 (same as Liberty+). Anker doesn't say if there's a difference in weight of the buds or case, but the design and proportions look fairly similar. 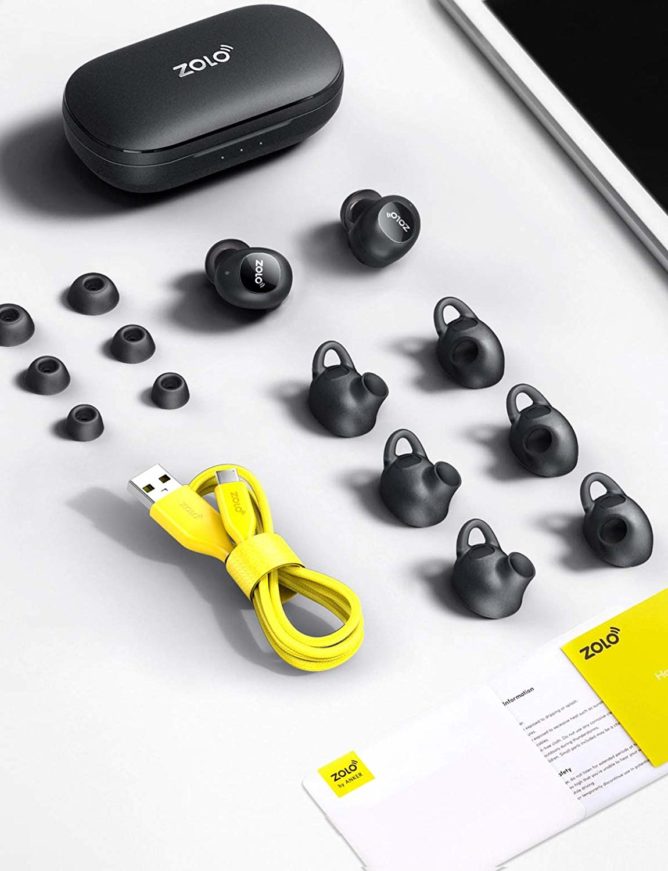 Having used the Liberty+ for several months now, I am even more impressed by this newcomer. I like the snug fit of the Liberty design in my tiny ears and their stability while I'm exercising. The best part about them though is the 48hr battery life, which means that I can simply leave them in my gym bag for about a month without thinking about charging them. Even when the case's battery is near empty, I can usually eek out one workout or two before I have to plug them in. However, the 3.5hr battery life on a single charge was a little limiting. I never took them on flights because I knew they'd be depleted soon after I reached my seat, and I'd have to keep charging them.

With 8hrs of longevity, the new Liberty can handle a midrange flight, and even a short layover if needed. Plus, you wouldn't have to charge them just as frequently if you have a longer trip. The 100hrs provided by the case are just mind-boggling and I think these would only require a charge every couple of months if you use them sporadically, or every few weeks if you listen more frequently.

With this upgrade, Anker has surpassed itself in terms of value for money. The new Liberty retail for the same $99 MSRP as the originals (which have recently dropped as low as $60). They haven't been discounted yet on Amazon, but I suppose it's only a matter of time before they do. Though, even at $99, I think they're a fantastic deal.

Uber Rewards loyalty program rolls out to all US riders