Google is gradually bringing the dark theme to many of its apps and services, and the Pixel's update UI is the latest to receive it. Additionally, some are also seeing a percentage for the installation progress bar now while updating. It looks like Google's been implementing quite a few changes in this area recently.

Neither of these additions is brand-new, but many are spotting them for the first time thanks to the March security patch that was released earlier today. The dark theme was first seen about a week ago, and to some people's surprise, it's completely black. This is good for battery savings, but it doesn't really align with other apps' dark themes. But hey, Google is the king of inconsistency. 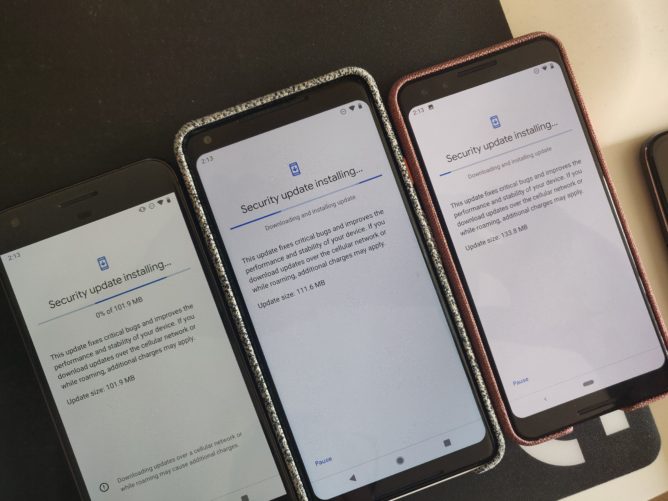 The other new item on the update screen is the installation percentage. This is actually even older — Ryne noticed it on his phones during the February security patch — but it doesn't seem to be on everyone's phone just yet. I didn't see it on my Pixel 3 XL while installing this month's update, but plenty of other people are.

[Update: Google responds] Google's censored Chinese search engine might not be dead after all