The Lenovo Smart Display family of devices is now receiving the R6 software update, according to the company forums. While some users have been on R6 since last week, this is a wider roll-out, so all devices should receive the update in the coming days. 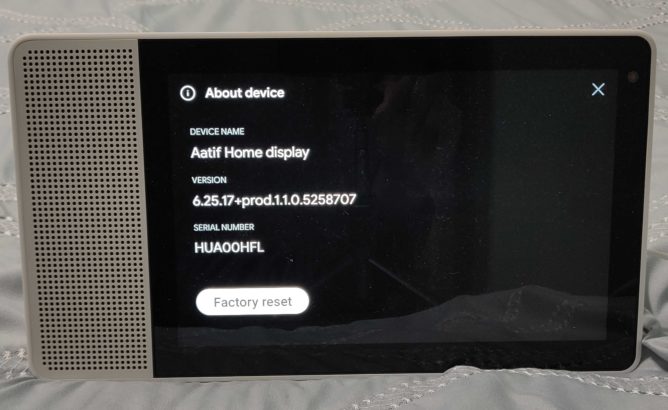 The R6 update on my Lenovo Smart Display 10

This new version doesn't bring as many new features as the previous R5 update, which introduced multiple remote control tiles, an updated cookbook, and individual light controls. This time around, users get a new Interpreter Mode for Google Translate (which has been rolling out to some users since February) and a different method of controlling speaker volume.

FEATURES (more to be announced soon)

Interpreter Mode: This has been fully rolled out, The mode allows you to have free flowing conversation between 2 people speaking 2 of the 29 languages supported. You can read more about it here.

We took Interpreter Mode for a spin, and it worked well enough, though smartphones are probably a better use-case — this mode is also available in the Google Translate app. That being said, Interpreter Mode on a stationary display may work better in some instances, like the lobbies of hotels with many foreign tourists..

The changelog posted in the forum mentioned that the R6 update comes with more features, which for some reason haven't been mentioned yet. We'll keep our eyes peeled will update you here accordingly.