Famed leaker OnLeaks has just pushed out a pile of renders (via Pricebaba) showing of the OnePlus 7 from almost every angle. Looks like we were at least partly wrong when looking at the last case-obscured leak. The front-facing camera is of the pop-out variety, not a full slider. 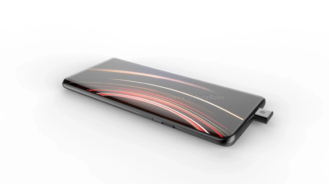 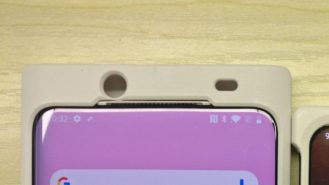 The previous leak generally agrees with these new renders, though it would appear the extra space in the void behind the case in the last set of images we saw wasn't for a sliding mechanism. Although the camera does pop-up into the space on the left, the hole on the right which we believed may have been for other sensors attached to a single, large sliding mechanism could be superfluous or meant for something else. Either way, our previous speculation was wrong, it's not a full slider. Apart from that illuminating tidbit, the new look generally agrees with what we knew before. The OnePlus 7 — if that's what it ends up being called — looks set to be the first "all-screen" phone to land in the US. Pricebaba pegs the screen at 6.5" based on the renders. The bottom still has a bit of a chin compared to the bezel at the top according to these renders, but the difference looks even smaller than it was on the 6T.

Dimensions clock in at 162.6 x 76 x 8.8mm and a bit chunkier (9.7mm) at the camera bump. On that note, there's also a third camera sensor on the back. Hopefully, this new addition is more useful than the parallax sensor on the OnePlus 6 and 6T.

As before, volume buttons are on the left side, power and alert slider are on the right. A USB Type-C port, speaker, and mic live on the bottom, with another mic and the pop-up mechanism up top. The earpiece grille is much wider this time around (and hopefully it's a bit easier to keep clean than the one on the 6T).

There's no word yet on when we can expect OnePlus' next flagship to land. If it follows the same 6-month cycle as the last three phones, though, we should expect to hear more in May.

Weekend poll: What do you think about folding phones?