Sony's recently-announced Xperia 10 and 10 Plus, best known as those new mid-rangers with ridiculously tall screens, have gone up for pre-order in the United States at Amazon, B&H, and Best Buy. The Xperia 10 comes in at $349.99, and the larger Xperia 10 Plus will retail for $429.99. Both will be released on March 18th. 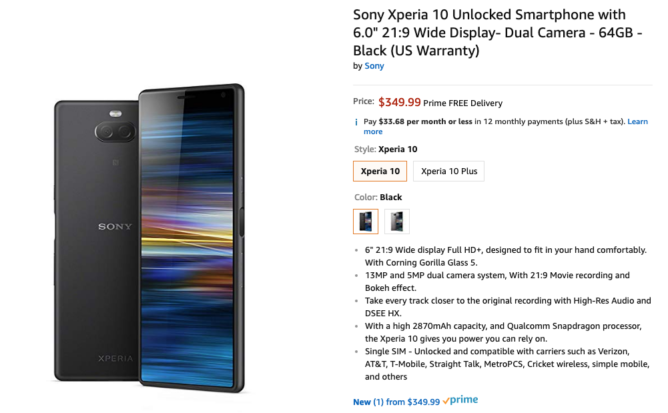 Amazon, B&H, and Best Buy have the duo up for pre-order right now. They're available in black and silver, and they'll be officially released on March 18th.