Earlier this month, The Wall Street Journal got a hands-on with Google Maps' upcoming artificial reality-based walking navigation feature. Local Guides were said to be getting access to this as well, though very few had actually gotten the feature. AR navigation has now rolled out to Local Guides level 5 and up, and it looks pretty cool.

You can see how the AR navigation works in the video above. By default, the AR and camera view will only show up when you're holding your phone up, and it'll go back to the regular view when you put it down. Seeing the giant arrows appear in front of you is pretty trippy, and as someone who often ends up walking in the wrong direction while using Maps, it seems like this will prove helpful. I can't imagine that it'll be good on battery life, though. 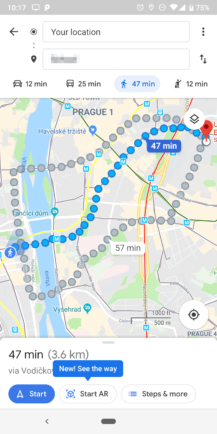 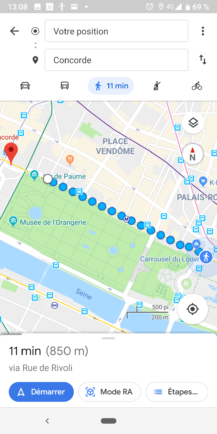 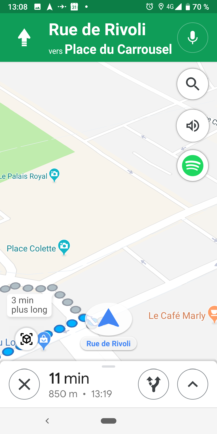 Note the AR buttons on the bottom,

The feature is supposed to be confidential, but realistically, it had no chance of staying under the wraps. If you're a Local Guide on level 5 or above, you can check it out right now on both iOS and Android devices. We're excited to see how this evolves and for it to hit the masses.