The above video goes in depth about what you can expect from the Year of the Dragon. The big reveal is that there will now be an overarching story that ties together all three of this year's upcoming expansions. Another interesting tidbit is that the first card set released this year will bring a free single player experience along with it, though if you want more single-player content past that free taste, you'll have to pay for it. It also seems clear that a few Classic and Basic cards will be rebalanced. 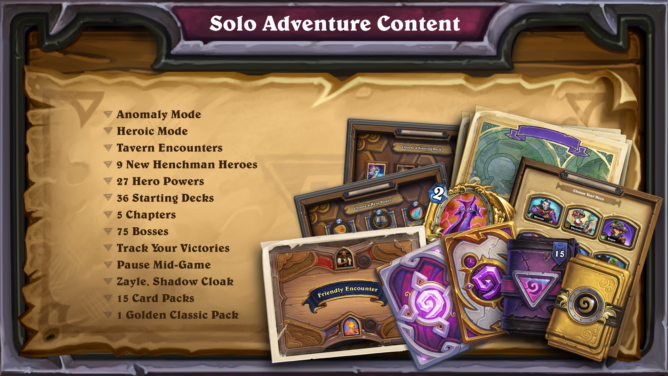 Whenever the first expansion lands this year (most likely in April), the Journey to Un’Goro, Knights of the Frozen Throne, and Kobolds & Catacombs card sets will transition to exclusives in Wild, and despite the change, these sets will still be purchasable from the online shop. 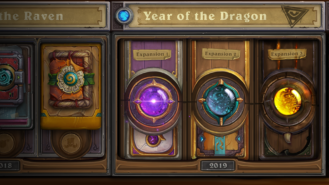 Like the changing of the tide, new Hearthstone expansions are a constant. The game is always evolving, and the new focus on expanded single player content should provide solo players with much more to do than in previous years. While I'm sure there are complaints to be made about the new nerfs that will affect the current meta, I'm sure all this rage will be forgotten once the first expansion rolls around later this year.

Today, the Hearthstone team announced the dawning of a new Hearthstone Year: The Year of the Dragon! To get the full details, check out our blog post!

Or, check out the Press Kit here: http://blizzard.gamespress.com/YOTD

Or, I suppose you could read on!

Each Hearthstone Year ushers in a fresh Standard format: we’ll introduce an updated card set rotation that will drastically change the meta, leading to more exploration and variety in deck types.
When the first expansion of 2019 launches, we will transition into the Year of the Dragon, and the following card sets will become exclusive to Wild: Journey to Un’Goro, Knights of the Frozen Throne, and Kobolds & Catacombs
Once we’ve entered the Year of the Dragon, all sets that are exclusive to Wild can still be bought from the online shop, and single player content will be available there as well.

For the first time in Hearthstone’s history, the Year of the Dragon will feature a continuous story told across all three expansions
The Hearthstone mission team has doubled in size to create more robust solo adventures than ever before
The first adventure of the year is set to release about a month after the Year of the Dragon begins and features nine all-new playable heroes, each with three Hero Powers and four starting decks, as well as friendly tavern encounters, multiple game modes, and worthy rewards
The first chapter is free and additional chapters will be available for purchase (700 gold each, or $19.99 for all four)

The Hall of Fame is a distinction we give to certain Basic and Classic cards that move out of the Standard format and into Wild, encouraging new strategies to play with and against in Standard.
This year, we’ll add the following cards to the Hall of Fame:
Divine Favor
Doomguard
Naturalize
In addition to these three cards, Baku the Mooneater and Genn Greymane will also be moving to the Hall of Fame. We will also be moving their support cards: Gloom Stag, Black Cat, Glitter Moth, and Murkspark Eel.
Players can keep their Hall of Fame cards and we’ll give them the full dust value for each one (up to the maximum number you could put in a deck) as if they were disenchanted.

For all assets related to Year of the Dragon, check out our press site.

[Update: Galaxy A10, Indian pricing] Samsung announces Galaxy A50 and A30 mid-rangers with ...