The recent addition of Linux app support to Chromebooks has made the laptops much more useful, especially in the eyes of developers. However, if you needed to wipe or upgrade your Chromebook, there wasn't an easy way to keep your Linux data. Previous code commits hinted at the ability to back up and restore the Linux container, and now that functionality has arrived in the Dev Channel.

There's a new #crostini-backup flag in Chrome OS Dev/Canary, and when activated, an option to backup your Linux files appears in the Settings app. The resulting backup is a .tar.gz file, which can be saved to the Downloads folder or anywhere else. Restoring a backup is also done from the Settings app. 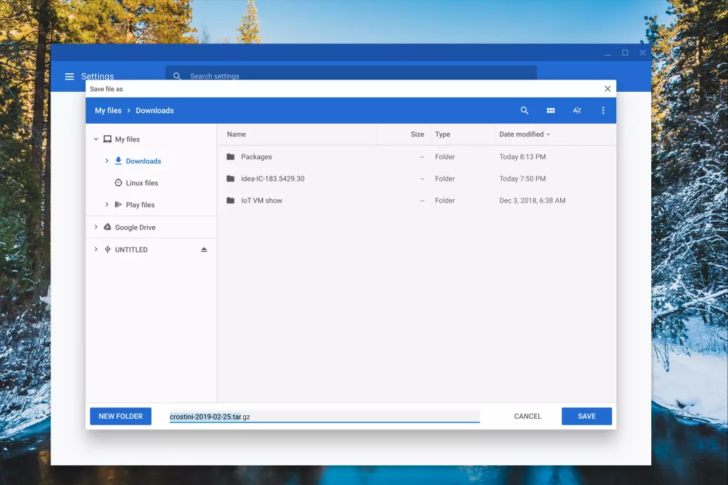