It's common knowledge among enthusiasts that the Galaxy S and Galaxy Note flagships are traditionally offered with chipsets from two different brands: Qualcomm and Samsung itself. For the past few years, the Snapdragon models have been outperforming their Exynos brethren, and that's the case for the Galaxy S10 and S10+ as well. 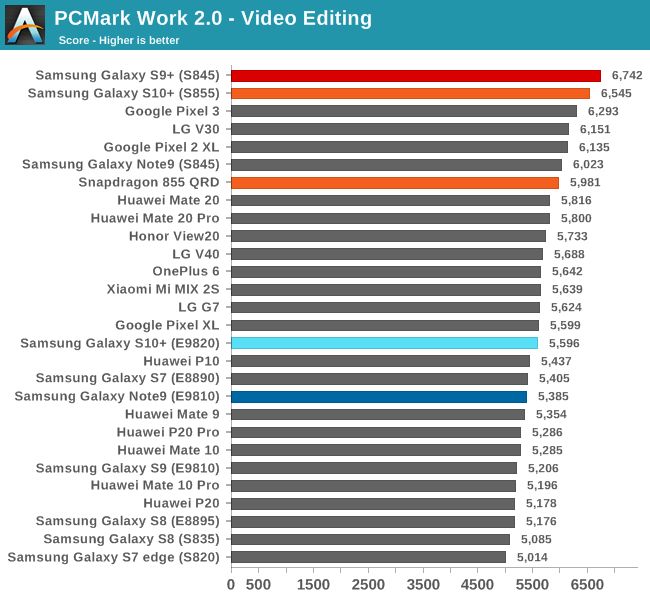 AnandTech got their hands on both the Snapdragon 855 and Exynos 9820 models of the Galaxy S10+, running the PCMark and Speedometer 2.0 benchmarks on both devices in performance mode. The results speak for themselves — the Snapdragon model bests the Exynos version in every single test. Interestingly, the Snapdragon S10 actually performs noticeably better than the Snapdragon 855 reference device in many cases. 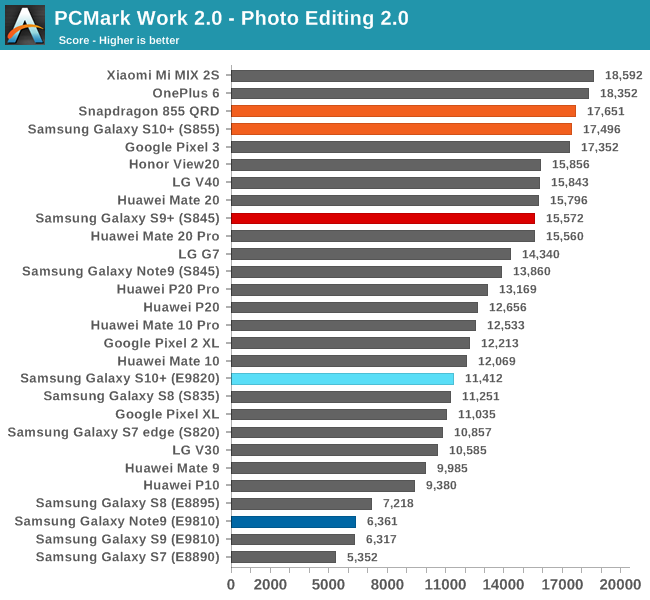 In most tests, the Exynos 9820 wasn't too far behind the Snapdragon 855, though there are some in which the Exynos gets absolutely destroyed. In the PCMark Work 2.0 video editing benchmark, for instance, the Snapdragon S10+ scored near the top with a score of 6,545, whereas the Exynos model only got a 5,596 — worse than the 2.5-year-old Pixel XL and barely better than the 3-year-old Exynos 8890-powered Galaxy S7. Similar results occurred with the PCMark Work 2.0 photo editing and data manipulation benchmarks.

Although the Exynos 9820 scores much better than last year's Exynos 9810, it still isn't enough to keep up with Qualcomm's latest and greatest. You can hit the source link below to view more of AnandTech's testing and charts.