If you head over to the Music service providers list in Google Assistant, you'll see a new option for Apple Music. A pop-up shows up when you select it, but tapping to link the account doesn't do anything. This is clearly buggy and not working properly yet, but it should be functional soon. 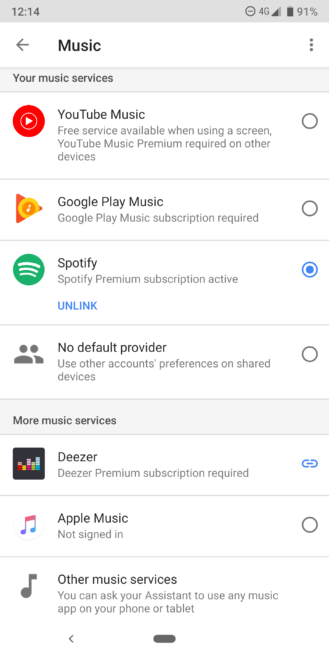 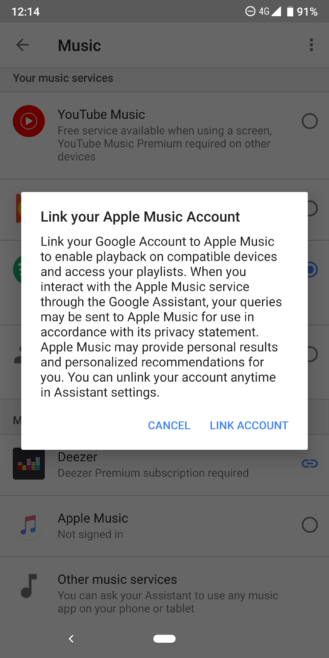 This isn't the first time Apple Music has branched out: just last December, it added support for Amazon Alexa and its Echo line-up. That kind of compatibility only makes sense if the streaming service is to be competitive against the likes of Spotify. Echo and Home speakers are far more popular than the HomePod and Apple would be excluding a huge chunk of its potential market if it only catered to the latter.

According to a Google spokesperson, "Apple Music is currently only available for Google Assistant users on mobile phones. We have nothing to announce regarding updates to Google Home." So the wait continues.