With many of its recent offerings, Motorola has had trouble striking a balance between value and price: the company is launching some good phones, but they're often too expensive to recommend. That makes them ripe for sales, though — and the Z3 Play is currently on sale for a substantial $150 off MSRP from a number of retailers.

In his review, Ryan found that the screen, software, and cameras on the Z3 Play were all great, but its $500 price tag pit it against more appealing (and more powerful) alternatives from companies like OnePlus. Now, though, it's $349.99, which is a very fair price. 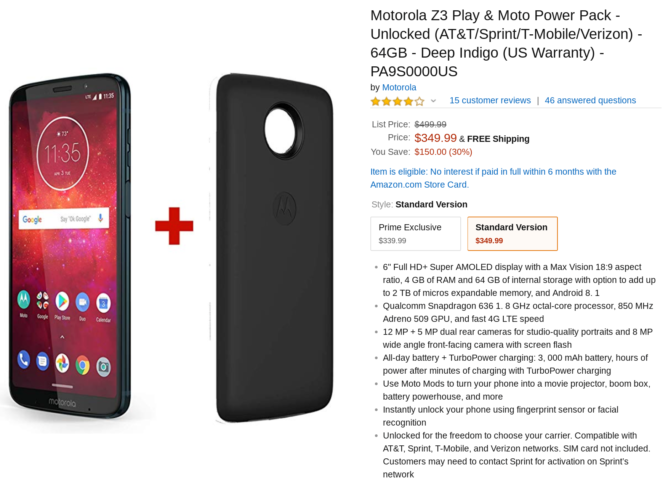 In addition to the phone itself, you're getting what's probably the most practical of all Moto Mods in the Power Pack battery add-on. It makes the whole package a bit chunky, but it's more convenient than carrying an external battery pack on occasions you feel you might need more juice. You can save another 10 bucks if you're willing to put up with some Amazon cruft; the "Prime Exclusive" version is $339.99. Hit any of the links below to pick one up.

Spotify soft-launches in India with a 119 INR ($1.67) monthly subscription

Google Duo is now available on the web